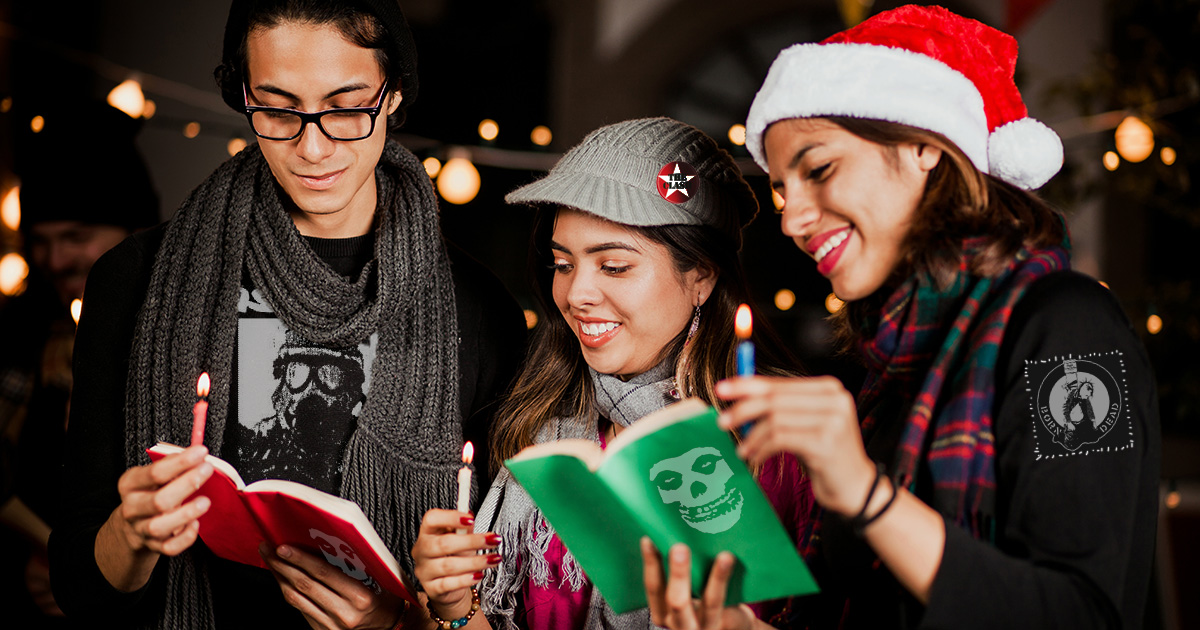 LIVONIA, Mich. — A group of punk Christmas carolers regretted their choice to include The Misfits’ classic “Last Caress” in their repertoire after it was met with a mix of disgust and horror, confirmed the wassailing trio.

“When it comes to Christmas and punk songs, every poser this side of Ann Arbor goes with that bullshit song by The Pogues, ‘Fairytale of New York,’” said Johanna Dane, one of the punks overcome with the spirit of the season. “But no other song captures the story of Christmas quite like ‘Last Caress.’ The whole ‘I killed a baby’ lyric… I mean, if that’s not a reference to Herod’s Massacre of the Innocents, then what the hell did I spend 12 years skipping Catholic school for?”

Local families, however, were not as open-minded in their interpretation of the classic horror-punk track. Footage collected from surrounding Ring doorbell cameras showed families reacting with shock and threats of violence, hurrying their children back inside less than halfway through the group’s 2-minute performance.

“Boy, I tell ya, you certainly don’t expect that kind of language from a young lady with a face tattoo and a Leftover Crack T-shirt,” said longtime neighborhood resident Martin Yates. “My daughter was so excited when she saw them at the door — now, she’s going to have nightmares thinking about these degenerates murdering her.”

Indeed, the group was surprised that the song’s obvious religious symbolism went right over people’s heads.

“Yes, in hindsight, the whole ‘I raped your mother’ line might’ve been a risk… but that one guy who chased us off of his porch because his mother is in hospice care really needed to calm down. We really thought it was clearly an obvious, albeit unconventional, allegory for the Immaculate Conception,” confirmed fellow caroler Loughlain McPherson. “It’s not our fault people didn’t get it — the whole thing has gotten so commercial, people have forgotten the truly hardcore origins of the holiday.”

At press time, the group was hoping to salvage the evening, trying to uncover the theological undertones of “Religious Vomit” by the Dead Kennedys.