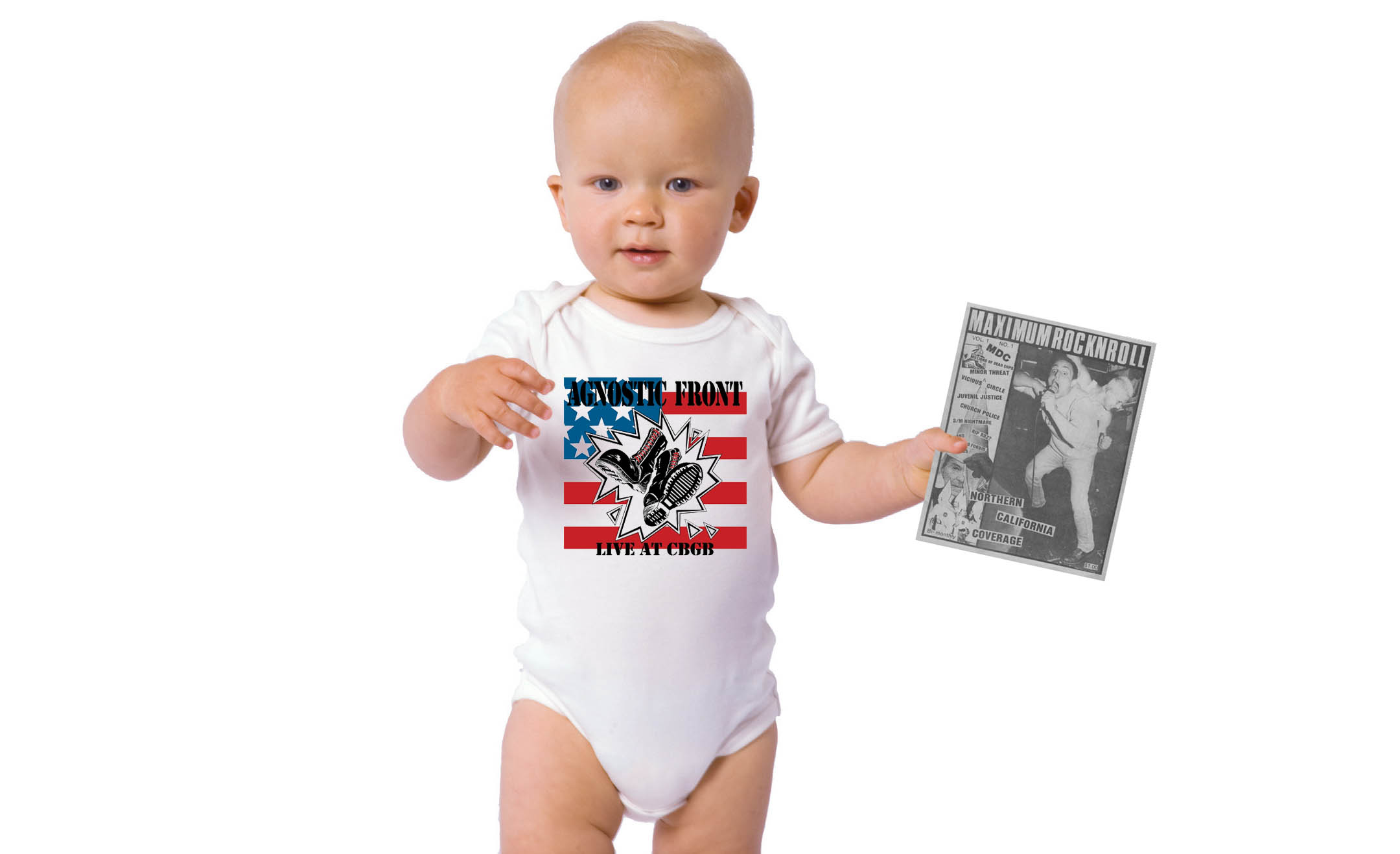 SAN FRANCISCO — Doctors at San Francisco General Hospital were shocked today after a patient gave birth to a punk with two faces. Weighing in at seven and a half pounds, the baby boy was otherwise healthy and had reportedly already made a couple friends in the neighboring cribs of the hospital nursery.

“It’s actually a lot more common than you would think,” Dr. Karishma Badal, a birth defect specialist, said. “It’s just hard for an untrained eye to spot people suffering from this genetic mutation, but eventually you learn how to spot the signs.”

“At first I was concerned what kind of life my son could lead but, after talking to some specialists, we’ve learned that a lot of people suffering from this condition end up becoming a real who’s who in their local scenes,” Lathey said. “They can be found booking benefit shows, organizing political groups or being a particularly strong voice in online debates.”

Despite various YouTube videos blaming the increase of these deformities on everything from the Fukushima disaster to women keeping iPhones in their front pockets, Dr. Badal said the problem is not environmental.

“This condition is genetic and normally passed from the father’s side of the family, which might explain why Mr. Lathey was so nice to me in the delivery room but was later overheard by one of my nurses calling me a ‘buck-toothed bitch’.”

Sarah Handler, an E.R. nurse at San Francisco General Hospital, was shocked to hear of the birth, but said that she deals with indirect effects of these births on a daily basis.

“Oh yeah, we see a lot of people in the E.R. with puncture wounds to their backs in relation to knowing these people,” Handler said. “Madball’s ‘Down By Law’ was written right here in this E.R. waiting room.”

In an exclusive lay-down interview with the baby, The Hard Times was surprised to hear the baby’s opinion of the womb he just spent nine months being created in.

“That womb was like, okay, I guess, but I’m never booking it again,” the baby told The Hard Times only minutes after telling his mother in private, “Good set. Sick pregnancy. No really, I mean it.”