Punk Becomes First Member of Family to Drop out of College 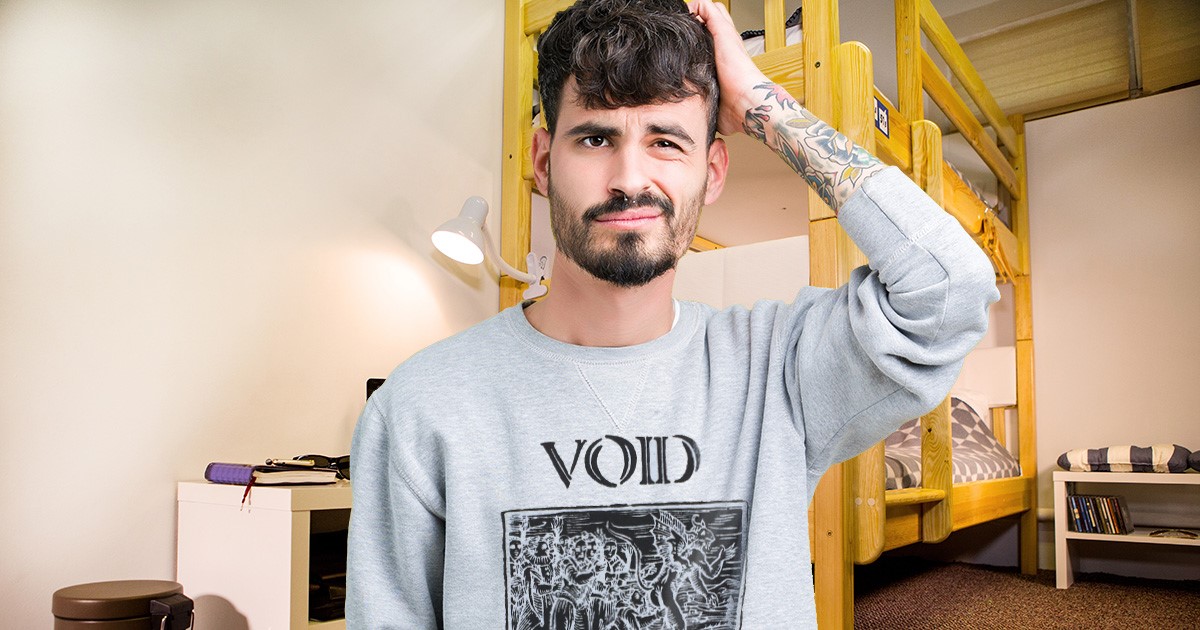 PROVIDENCE, R.I. — Brown University freshman Matthew Davis made history earlier this week by becoming the first member of his family to ever drop out of college, heartbroken sources confirmed.

“My family is full of doctors: medical doctors, doctors of biochemistry, doctors of engineering… but I knew I wanted something more for my life,” said Davis while signing an online petition to keep vaping legal in Rhode Island. “Sure, a degree in organic chemistry might give me stability, but that isn’t my passion — all I want is to hop in a van and tour with my band for the next 40 to 50 years. If we sell enough merch, I could show my parents I made the right choice.”

Davis, the bass player of funk-punk band Haphazard for the last six months, realizes how lucky he is to have the funds and connections necessary to build a career without a college degree.

“I went to college and got a degree so my kids could have a better life,” said Matthew’s father, Charles Davis. “And I still want to provide that for all of my children, even if they make terrible decisions. I mean, my other son is going to Harvard and majoring in poetry — I honestly don’t know which is worse. Anyway, I bought Matthew a nice 16-passenger tour van that I got for a steal because it was involved in a hit-and-run a few years back.”

While Davis’ decision is seen by many as an example of a spoiled and privileged upbringing, others see it as the right choice for Matthew’s lifestyle — Brown University included.

“Matthew was in way over his head from the start,” said Brown University advisor Yasmin Abad. “He was a legacy student who got special treatment because of his family name. This is a guy who got a 150 combined score on his SATs — I didn’t even think that was possible. Dropping out was probably the best decision he ever made. And who knows? Maybe his band will make it big. That has better odds than him actually graduating from this school.”