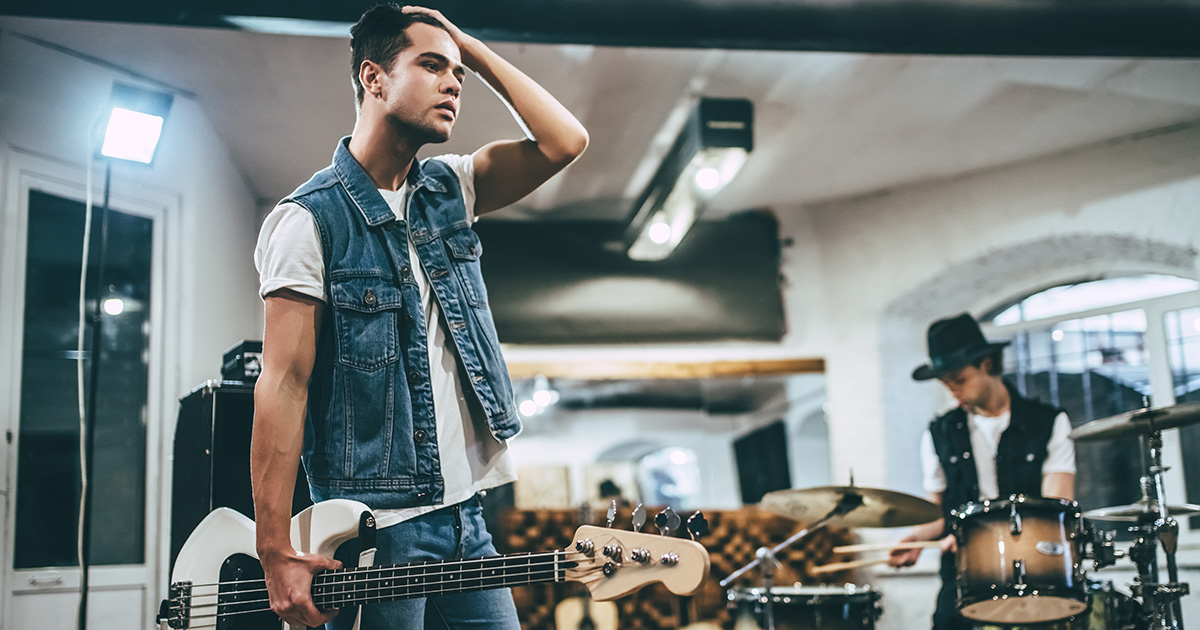 “I’ve been playing bass for almost 10 years now, but I’ve never touched these two extra strings,” explained Miller. “I just couldn’t understand why they put them on every bass, and I was too embarrassed to ask. I came close to asking once when I saw a bass at Guitar Center with three extra strings, but I chickened out when the sales guy came over. If I had to guess, I’d say they’re supposed to be where you put spare strings… but they’re so much smaller than the strings I’m usually playing, so fuck if I know.”

Miller’s bandmates were relieved when he finally came clean with his concerns.

“I’ve never seen him so worked up. For a second I thought he realized we never plug his mic in, but that wasn’t it,” said Jerkhole guitarist Matt Overstreet. “He kept pacing back and forth, looking at his bass and counting something on his fingers. He looked like he was about to cry. But eventually he got it out, and he felt a lot better after we explained the strings are just decorative and are only there to create a balanced look. He seemed so relieved, and we’re a tighter band after having gone through this together.”

Miller is not the only punk musician bewildered by the extra strings.

“This was something I used to wonder about in the early days of the band, but in the later years I don’t give it a second thought,” said legendary Misfits bassist Jerry Only. “I’ve had the same two bottom strings since 1977. I never tune them, I never touch them, I have no idea what the fuck they’re supposed to do. If I touched them, I’d feel like a guitarist, and nobody needs that. Anytime I buy a new pack of strings, I just use the extra two for things around the house — like hanging photos, or mini clotheslines for my spooky dioramas.”

At press time, Jerkhole drummer Clark Miner was allegedly drinking heavily in hopes of finally getting the courage to ask the band if he could show them a song he wrote.