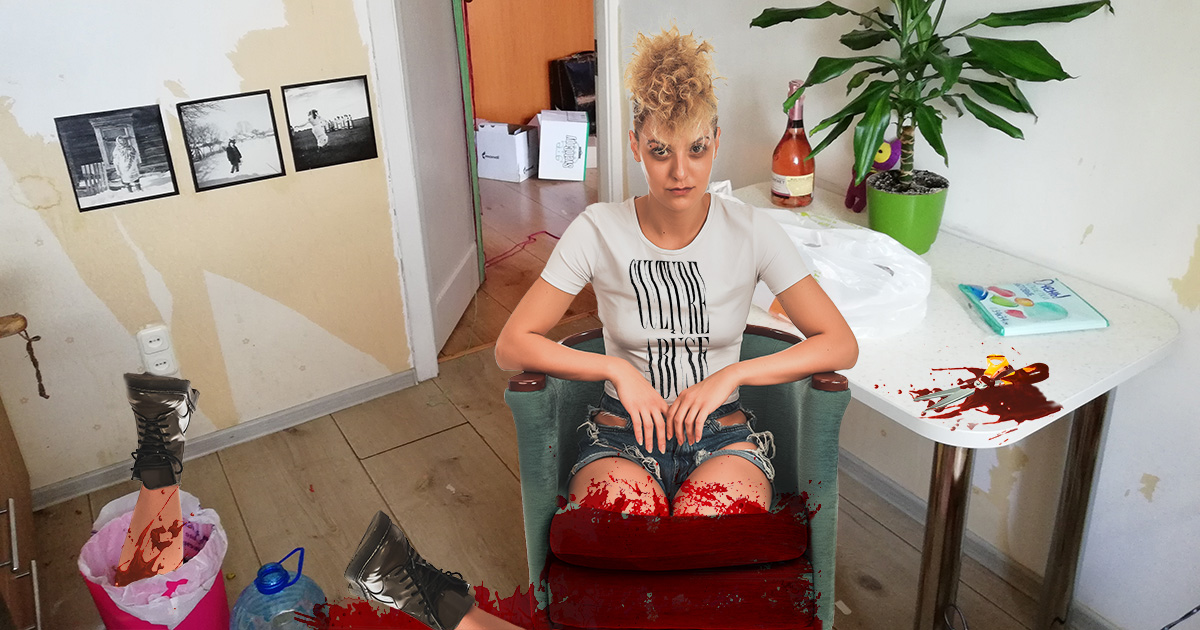 AUSTIN, Texas. — Local punk Rachel Ronson inadvertently removed both of her legs just below the knee last night while cutting her pair of black Carhartt jeans into shorts to give herself some reprieve during a heat wave, confused sources confirmed.

“It’s been hot, so I figured it was time to make the change. Anytime you make cutoffs, there’s always a little bit of blood, but this time it got out of hand,” Ronson said, speaking from her bed at the Austin Lakes Hospital. “The unfortunate thing is the doctors had to cut my shorts all the way off my body before they could operate — which really sucks, because these ones actually came out pretty even.”

Despite several hours of medical examination, it remains unknown how exactly Ronson removed both legs with only a pair of household scissors.

“How did she not stop after the first leg?” asked physician Dr. Darleen Huang. “Like, I have a lot of questions, but that’s sort of the main one that really jumps out at me.”

According to Dr. Dax Wilcox of the Johns Hopkins Bloomberg School of Public Health, Ronson is just one of an estimated 300 punks who lose a limb to clothing modification-related accidents each year.

“Most of these accidents occur in the spring and early summer,” he said. “Along with the change in weather, your average punk and street-kid sheds anywhere between three and six sleeves or pant legs per cutoff season.”

As for Ronson, she’s reportedly taking the loss in stride.

“The pain was pretty excruciating, I’ll be the first to admit that. And it really blows about the legs,” she explained. “But I choose to look on the bright side of things. Like, I’m gonna save so much money on winter pants. And shoes.”

“That’s just who I am, and I’m really proud of that,” she added.

When asked why she didn’t simply remove the pants from her body before cutting them into shorts, Ronson refused to comment further, stating that she should “…probably get some rest.”