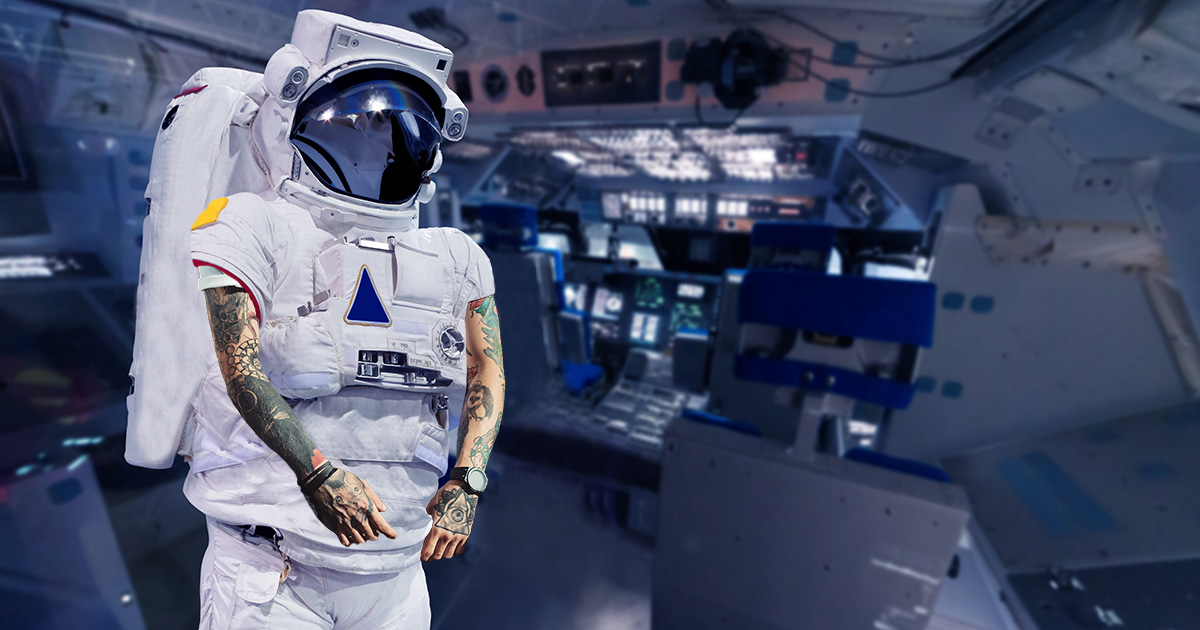 “Motherfucker, it gets hot in that suit. Nobody really tells you that in space school. I was sweating my dick off, so I grabbed my trusty switchblade and hacked the sleeves off real quick,” said McReady in a transmission from his space shuttle. “I mean, all we do is come up here to repair these garbage space stations, piss in zero gravity, and piss off the Russians. If taxpayers have a problem with me blasting my sick Misfits tattoo into the cosmos, they can fight me once I’m home.”

NASA officials remain “incredibly worried” about the astronaut’s choice to compromise his support system for oxygen, heat and mobility.

“That fucking idiot!” said NASA flight commander Gary Wallkaupf. “If he survives his arms freezing off, I’m gonna stomp him until he becomes cosmonaut space food. I haven’t seen such a disregard for protocol since that one idiot started golfing on the moon. This isn’t some tropical vacation: this is space. All this costs billions of fucking dollars.”

Shortly after McReady removed his space suit sleeves, a deep space radio transmission was received from a distant planet.

“I am Glagnor, Prince of Quevenous 4, and it’s about time you nerds sent us somebody cool. We’ve been observing the planet you call ‘earth’ for decades, and we have not been impressed: since you first ventured into space, all you’ve sent us were dorky Boy Scouts and virgin mathematicians,” read the alien transmission. “Finally, you’ve jettisoned someone with some fucking edge. Keep sending us guys like this and we may share with you the secret to eternal life… oh, shit! I wasn’t supposed to tell you about that last part. Wrog! Turn the transmitter off! No, the red light means it’s still on.”

McReady further upset ground control when he was seen sewing a Man Is The Bastard back patch on his space suit in a live feed from the shuttle.