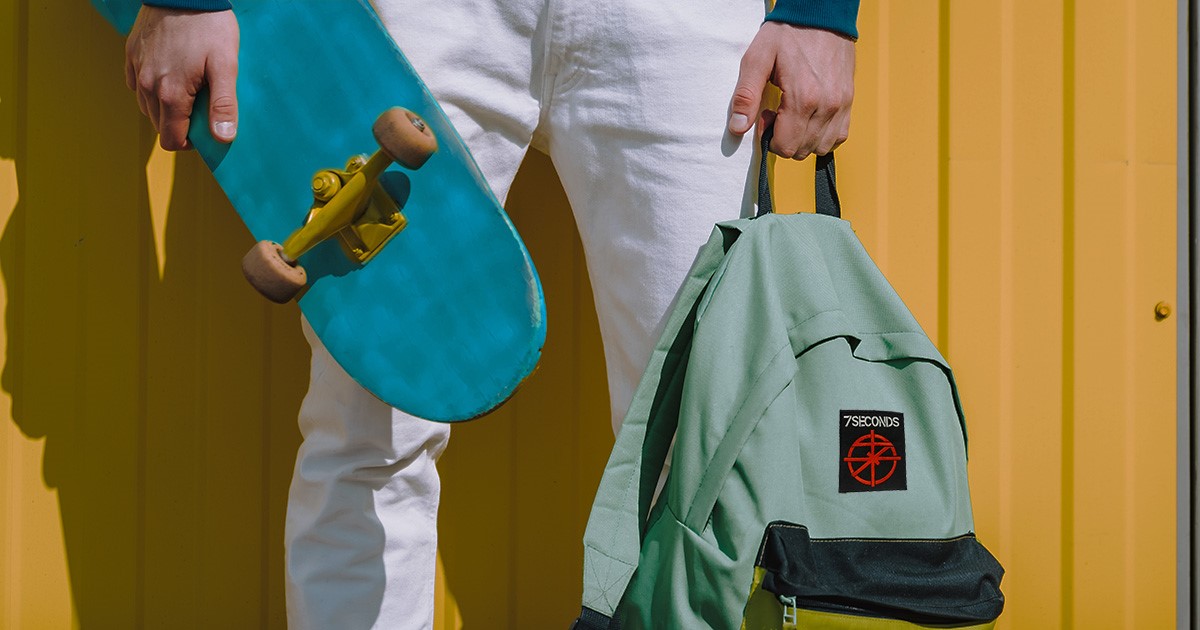 CONCORD, Calif. — A local punk teenager resisted becoming “a vessel for consumerist propaganda” today by immediately covering the logo on her brand-new Jansport backpack with a patch, according to a class-conscious source.

“I did need a new backpack… but at the same time, I don’t want to seem like some capitalist pig,” Krista McKinney, 15, said. “I would’ve preferred to make the bag myself out of repurposed fishing nets, but the end of summer seems to come quicker every year. The patch was a good middle ground. The bag looked lame before, and now it looks like a 7 Seconds backpack.”

The patch in question depicted the 7 Seconds logo on black, fraying canvas, stitched on with crooked red ‘X’ stitches in crimson thread — which, as McKinney’s perplexed classmate Julia Moreno noted, “completely fucks” the lifetime warranty normally guaranteed by Jansport, even if it “looks pretty dope.”

“I think [McKinney’s] mom is going to be pissed,” said Moreno while hiding a new 5-Star trapper keeper from her friend. “Like when Krista ripped out the pages on the Founding Fathers in our class’s U.S. history textbooks, and the school made her mom pay for the damages. She was grounded for like, two months, and spent the whole time writing some manifesto. I didn’t read it — she put the whole thing on Snapchat.”

Meanwhile, teachers and administrators aren’t surprised by McKinney’s latest act of resistance, who was described as a “bright but annoying student” and “a constant pain in my fucking ass.”

“We gave up on enforcing the dress-code with McKinney,” said Garett Garner, Principal at Diablo Valley High School. “We used to give her big T-shirts to cover up the… you know, all the skulls and holes in her clothes. But she’d just show up at the end of the day with those T-shirts ripped and defaced, too. I’ve said it before and I’ll say it again: MTV ruined young people forever.”

At press time, McKinney was grounded again for attempting to remove the “Chevrolet” and “Tahoe” logos from her mother’s SUV.