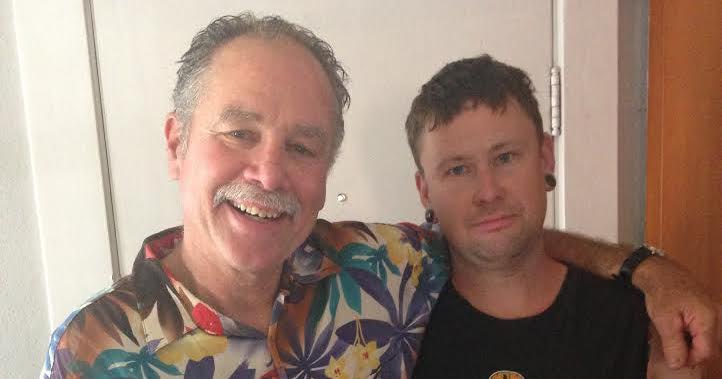 CHEYENNE, Wyom. – The best gifts come from the heart. That’s why local punk Eric Simpson decided instead of a traditional gift he would give his 54-year-old father something he has always wanted: acknowledgment that his stretched ear lobes were, in fact, a horrible and misguided mistake.

While most fathers around the globe are currently opening gifts that consist of tacky new ties, and borderline unusable tools, Simpson only gift is to apologize for his shortsighted and smelly decisions. The apology has the proud father Brett Simpson,  who for many years believed his 26 year-old stay-at-home son was becoming a lost cause, saying it is “a dream come true.”

Sources close to the younger Simpson claim he has been struggling with the fact that fads exist even within the alternative music community, a place he prides on being free of the trends that afflict mainstream society. “It’s just weird to think that my dad was right about them being a fad, makes me wonder what else he is right about,” Simpson told The Hard Times as he adjusted his floral print bucket hat.

“I thought he looked like some kind of sideshow circus freak you’d see downtown. I am glad he finally realized how silly he looked. I might actually be able to take him to the country club now,” said the ecstatic elder Simpson.

But the gift is more than just an apology. Simpson is reportedly eager to give his father “part two” of his gift over dinner at Texas Roadhouse, where he plans to tastefully ask for a thousand dollars to cover the cost of corrective surgery.