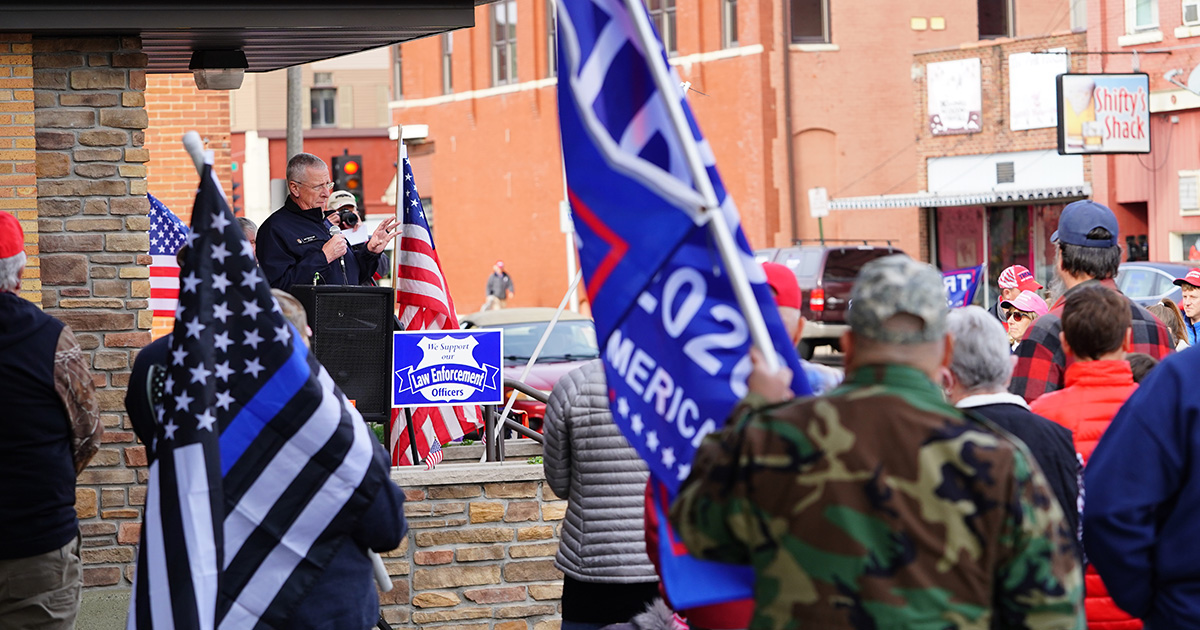 “We knew we needed to be on high alert because a very angry mob had started to form in the early morning hours swinging the ‘Thin Blue Line’ flag and chanting pro-police state slogans,” said National Guard member Sgt. Eli Omara. “As soon as they brought in pickup trucks full of lumber and bags of cement we knew there was going to be trouble. Within two hours they already had the structure built and fully equipped with electricity. Judging by the floor plan and the overall layout of the design, I do believe a lot of off-duty law enforcement officials were on the build team giving their input. When they finished installing the jail cell bars they all erupted in cheers and I have to admit, in that moment I was rattled.”

One of the protesters who was seen installing gutters on the new building says they will continue to build more police stations until their voices are heard.

“This is just the beginning. We aren’t going to stop until there is a new police station outside of every State House in the country, and if we don’t get what we want we will start building maximum security prisons,” said MAGA enthusiast Clive Trickle. “Every cop here should be thanking us because the high-speed internet we had installed in that bad boy is some of the best in the country, and the breakroom is fully stocked with treats from a local bakery. But on another level, they need to get the fuck out of our way before Biden puts his hand on that Bible or we will murder every cop here.”

Residents of the community with the state of the art police station expressed concern about the future of the neighborhood.

“Police stations are known to attract some of the most unsavory characters in society. Power-hungry racists flock to these buildings in droves, and I don’t want to have to look at this on my way to work every day,” said concerned citizen Desiree O’Keefe. “I don’t like the direction the country is going. It scares me to think that a group of zealots could just start building precincts anywhere they want and then brag about it on Facebook. It makes me sick.”