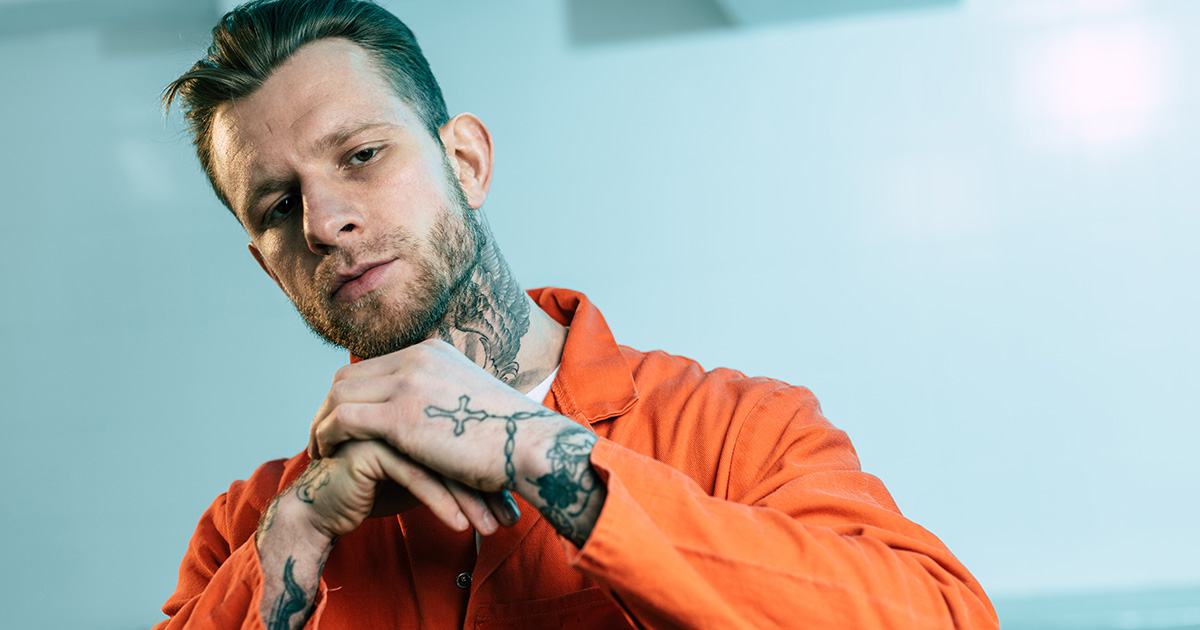 CRESCENT CITY, Calif. — A highly sought after stick-and-poke tattoo artist at the notorious Pelican Bay State Prison revealed to fellow inmates that he is booked all the way through 2025, frustrated clients reported.

“Armed robbery is my profession, but crudely drawn freehand tattoos is my passion. I figured I’d hone my craft considering I’ve got 20 more years here, though I’m honestly surprised by how popular I’ve become. I’ve been at this for six months and I’m already booked solid for the next two years. At this rate I’m going to run out of toothpaste caps and soot by next week,” said Chuck ‘Big Bucks’ Polaski. “It really goes to show just how much people will risk getting tetanus for a tattoo that says ‘I LOVE PUSSY.’ I’m hoping with good behavior I can transfer and get a guest spot in a different prison.”

Inmates have been clamoring for bragging rights to be inked by Polaski, but have found booking an appointment increasingly convoluted.

“My cellmate and I were the first ones he tatted and man, did it get people talking. Nothing like getting ‘I will fucking kill you’ on my forehead to really show everyone who’s in charge. But now he’s a hotshot and I’m waitlisted for six months just for the consultation alone,” said triple homicide convict Mark Clemmons. “I miss when he used to take walk-in appointments. Rumor has it the only way to get in touch is to drop a three cig deposit to a guy named Slim at the back of the exercise yard on Tuesdays. Fucking bullshit, man.”

While Polaski’s popularity does not look to wane anytime soon, parole officers are worried that his work may have a negative impact on reintroducing convicts back into society.

“I can honestly say 90% of the ex-cons I work with are inked from head to toe, which is fine. But the real struggle is reckoning with the nature of the tattoos and how employers might perceive them. But thanks to social media, these ‘celebrity’ prison artists are blowing up. No matter how much I beg my parolees, they can’t seem to stop themselves,’ said parole officer Ashley Jones. “I know I can only get these people entry-level, low wage jobs. But even those employers won’t hire someone with blown-out swastikas on their eyelids.”

At press time, Polaski announced a sudden opening after his next appointment was shanked in the cafeteria.