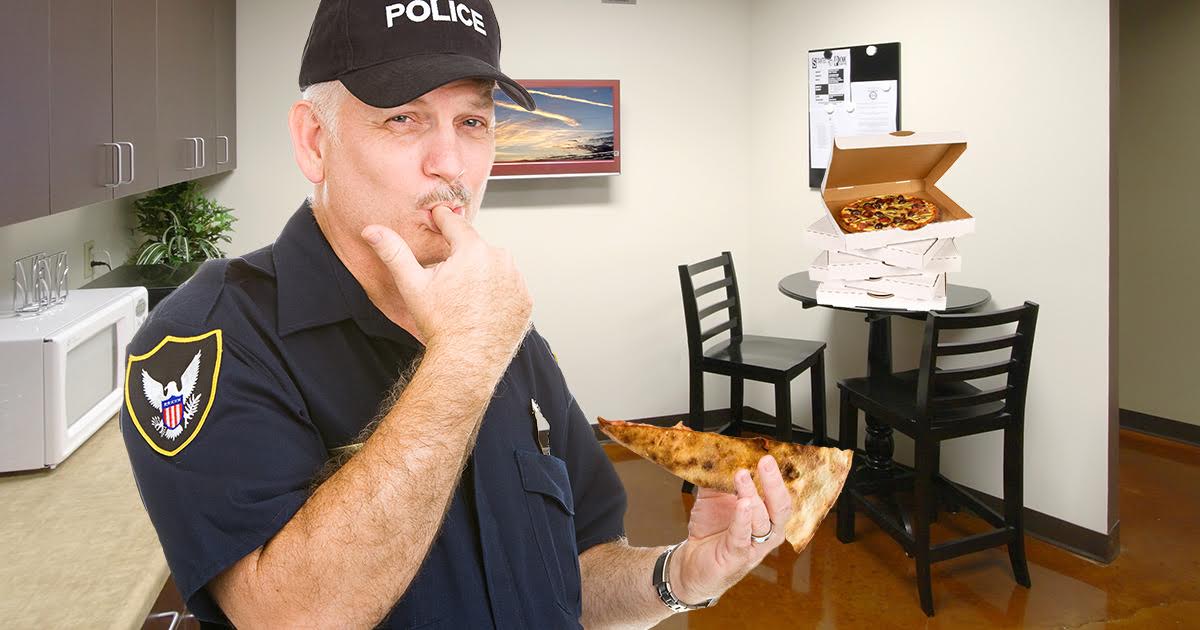 NEW YORK – The 46th precinct in the Bronx is celebrating a record-high quarterly murder quota by offering pizza, games, and an overall good time in the break room to all officers for another job well done, sources with greasy trigger fingers confirmed.

“It really makes me proud to know that our men and women in blue are doing the best they could month after month, and it only makes sense to reward them for keeping the streets safe by eliminating as many perceived threats as possible,” said Police Chief Greg Pozliski. “Letting the crew blow off some steam, eat a slice from Vinny’s, and play a couple rounds of ‘pin the drugs on the unarmed minor you just unloaded an entire magazine into’ is great for team building and at this point a quarterly tradition. Whoever guesses how many spent bullet casings are in the giant jug in the front office gets a month’s paid suspension out of it, so I’m really excited for this go around.”

Local Recruit Officer Brian Miller is glad the team is being rewarded but is frustrated because he feels like he can’t get ahead.

“Last pizza party I only had 14 raffle tickets, and wouldn’t you know if I scooped up a 15th, I would have won an 86” high definition TV,” said Miller as he thrust his hips into the pinball machine that was rented for the occasion. “It’s not fair that Dyson won the TV, but they’re going by body count alone. Anybody could pop off rounds into a sleeping homeless man, they don’t even put up a fight. But let me tell you, the timeless thrill of running after a moving target who is carrying a negligible amount of contraband is worth so much more than watching NCIS in 4K. I’ll get ‘em next time.”

Local sociologist Joyce Hamlin weighed in on how at the end of the day it’s all about keeping balance within the precinct if they want to keep their numbers up.

“On one hand, if half the precinct is complacent, they’ll kill again. Conversely, if half is angry, they’ll kill again. Finding that sweet spot where everyone is on board with pulling the trigger is imperative when it comes to hitting your quarterly murder quota,” said Hamlin. “The important thing that Chief Pozliski needs to remember is to save the itemized receipts for all of the party expenses so he can properly claim everything against taxpayer dollars.”

At press time, multiple officers were unironically singing “Killing in the Name” at the karaoke machine.