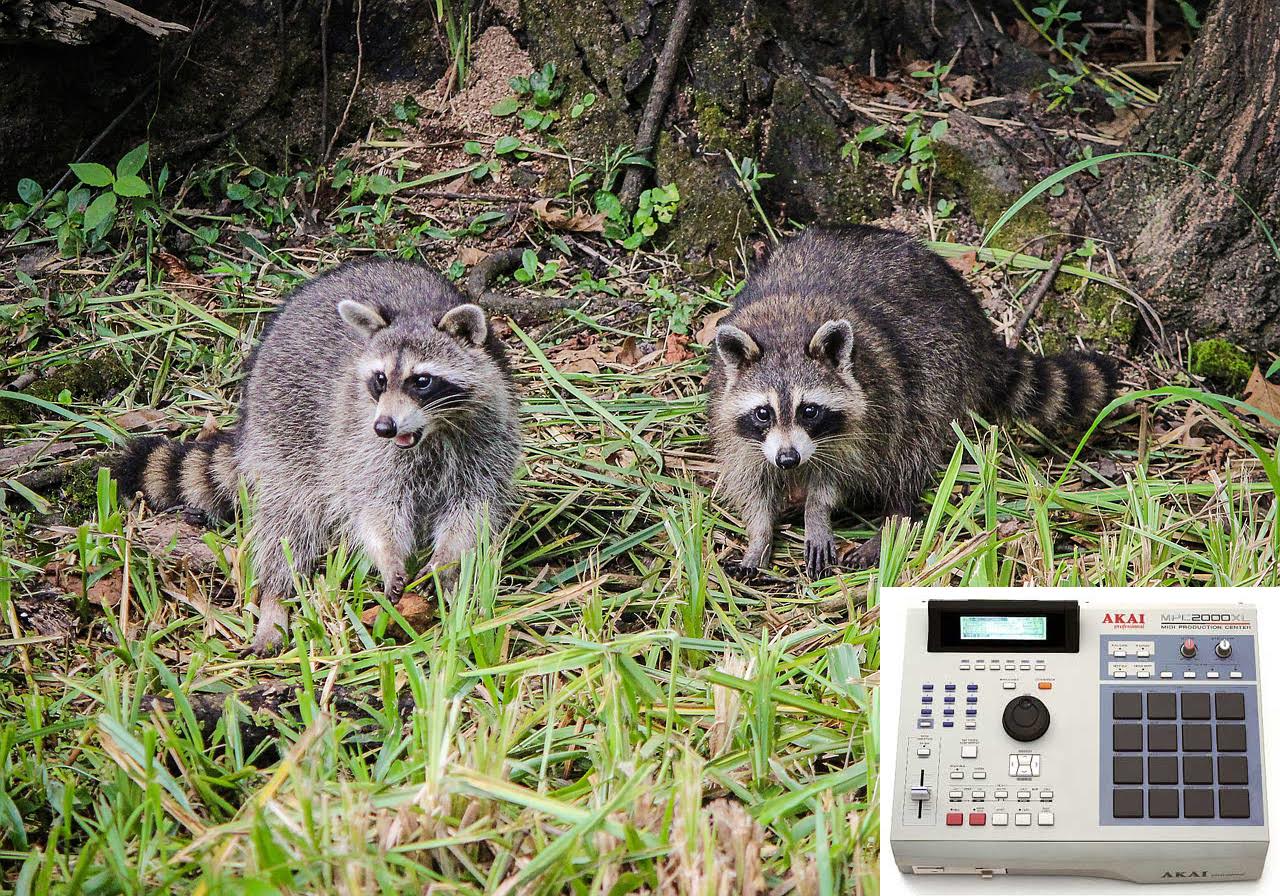 PORTLAND, Ore. –  Stink Bandits, a heavily hyped local trash core band, were outed as nothing more than three raccoons and a drum machine after their record release party was broken up by police responding to a series of noise complaints, law enforcement officials confirmed.

“In a joint operation with the Southeast Animal Control, Portland City Police officers investigated an abandoned building in relation to a noise and smell complaint from neighborhood residents,” said police spokesperson Duff Fallon. “When officers arrived, there was an abnormally large pile of garbage on the front yard separating a crowd of punks from the band. After scaling the massive wall of rubbish, officers and animal handlers discovered the music was being performed by a small group of feral raccoons, who release music in the form of limited edition cassette tapes under the name Stink Bandits.”

In recent months, Stink Bandits have been the leading edge of the trash core movement whose followers, according to an official trash core website, promote “musical chaos, dumpster diving, and washing your hands before you eat.”

“Part of the appeal of Stink Bandits was the fact nobody knew who they were,” said longtime fan Kerry Lampley. “There were even rumors that Banksy was involved, but now that we know the truth I can’t tell if I like them more of if I think they are sellouts.”

One Stink Bandits was particularly upset by the revelation his favorite band was a group of nocturnal mammals.

“About nine months ago I hit a raccoon with my car. Around that same time Stink Bandits took a hiatus and now I am afraid I killed a member of my favorite band,” said Taylor Allen while attempting to hold back tears.

Authorities are shocked that fans of the group were unaware the musicians they loved were, in fact, disease-infested scavengers.

“As officers, little surprises us during an arrest, we had presumed this was a typical southeast gaze of raccoons. We had no idea that they were actually local celebrities,” said officer Mike Stephens. “I still don’t know how they figured out how to program a drum machine.”

Stink Bandits are currently being held at the Multnomah Animal Shelter, but are scheduled to be released into Mount Tabor to complete their city-wide Trashcan Tipping Tour.