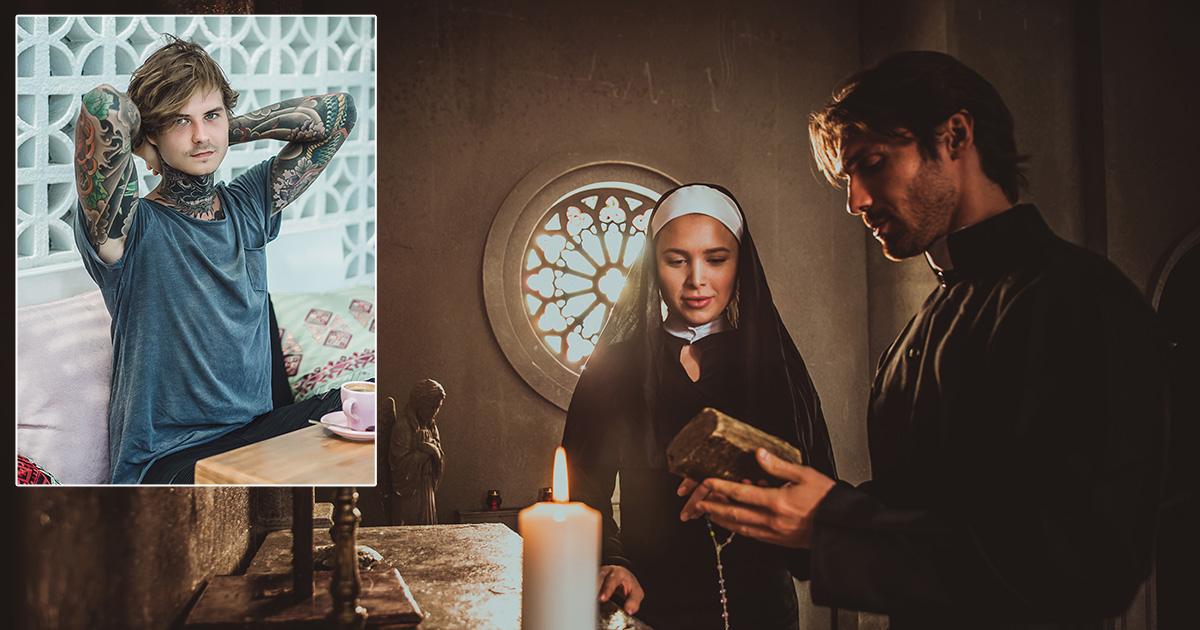 SANDUSKY, Ohio — The Pop Punk Diocese of Ohio is facing a wave of criticism following the transfer of a frontman who faced multiple accusations of sexual indiscretion in the Lima scene to the Sandusky scene, outraged sources confirmed.

“It is disgusting and unconscionable that the Diocese would continue to allow this known predator to act with impunity in the punk community,” noted Molly Fitzpatrick, editor of Lima-based zine, Nohio which broke the story about allegations against the 3 Ninjas frontman. “Not only did our investigative reporting expose Davey Moran’s despicable actions in Lima, it showed that he had repeatedly engaged in this behavior in punk scenes throughout Ohio. To learn that rather than excommunicating him from the community, they still continue to sweep this under the rug is sociopathic. It begs the question, is he the only one?”

Members of the Sandusky punk community reacted negatively after learning that Moran was now an ingrained and active member of their scene.

“To think that the diocese would encourage booking agents in our town to give this guy gigs makes me want to vomit,” remarked local bartender, Kate Reeser. “This is such a breach of trust between our tiny little scene and the Diocese at large. We count on them for guidance on which local bands have gotten too popular to like anymore and settle disputes between the straight edge faction and the scene at large. How do we trust them on these matters when they don’t even care about our safety?”

The Diocese has been largely silent on the matter, but released a written statement through a lawyer due to the mounting pressure.

“These are matters that are being looked at internally and we will have no further comment,” the statement read. “Regarding Davey Moran’s status as frontman of 3 Ninjas, he will remain in this function until a thorough investigation has been conducted into these unsubstantiated allegations. The Punk Diocese of Ohio is not a democracy and Sandusky risks potential expulsion for any further pushback on this.”

Attempts to reach Moran for comment by sliding into his DMs had not received a response as of press time.