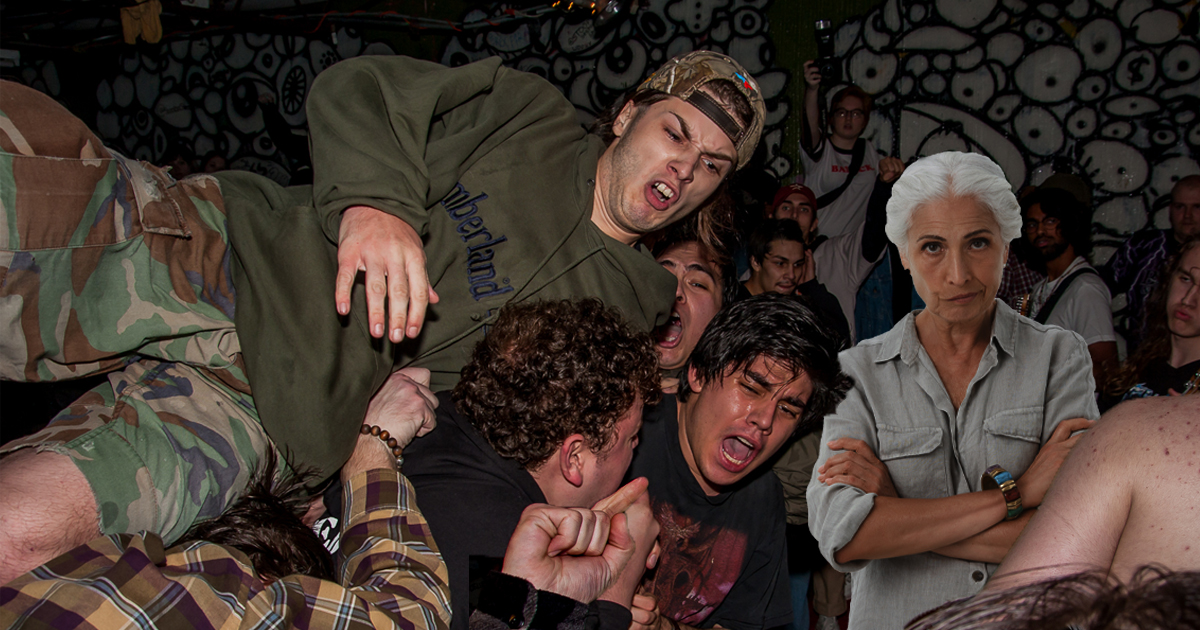 “Back in the day, this neighborhood used to be all Polish immigrants. But most of them have either moved away or died off… except Mrs. Gorski, that is,” said roommate Aiysha Nehir. “We knew with the band playing it’d be loud, and we were scared she’d call the cops, so we invited Mrs. Gorski assuming she’d politely decline. She showed up at eight on the dot, with a bowl of some ham salad thing and a bottle of homemade potato vodka.”

Roommate Stephan Clemence initially took it upon himself to entertain Mrs. Gorski for the evening.

“When Mrs. Gorski saw we had a turntable, she told us we needed ‘party music’ — so, she left, and came back with some crappy lounge record by a guy named Martin Denny,” said Clemence. “We politely explained this wasn’t really our sound, and she offered to get some of her ‘race records.’ That’s where I ended the conversation.”

Despite the roommates’ annoyance, most of the party guests greatly enjoyed Mrs. Gorski’s company, calling it a refreshing change of pace from the usual “punk house” party.

“Zofia was cool as hell — she easily outdrank all of us. That vodka she brought over was strong enough to give you alcohol poisoning just from smelling it,” said guest Albert Lukas. “At one point, she interrupted the show in the basement to teach the band a song from ‘the old country’ and lead us all in a Polish folk dance. Certainly better than everyone standing around with their arms folded.”

At press time, Mrs. Gorski was either asleep or dead on the living room couch, while the roommates drew straws to see who will check for signs of her breathing.