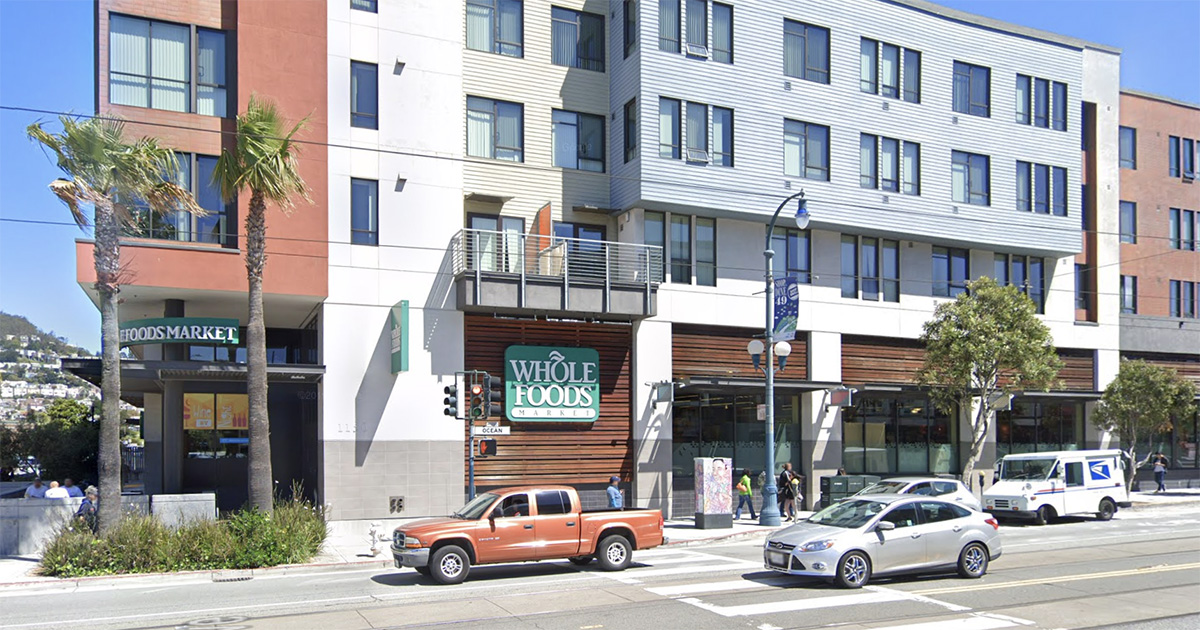 SACRAMENTO, Calif. — Sales representative and aging pop-punk Dave Castello was appalled to discover that a frequently visited corner lot in his hometown was converted into a Whole Foods, unsympathetic cashiers confirmed.

“I’m visiting my parents and my mom was totally getting on my case, so I went out for a walk,” a fuming Castello explained. “Picture my surprise when I discovered that this piece of local history had been wiped out by Corporate America. Man, we used to have the time of our lives here, sitting and talking and stuff. Right here by the frozen yogurt aisle is where I threw up after shotgunning my first Four Loko. Where are the kids supposed to have these formative experiences now?”

Rachel Allen, who ashamedly admitted to having dated Castello for a few weeks in junior year, found his emotional response off-kilter.

“I really don’t get it. When we were kids, all Dave used to talk about was how much he hated this town and wanted to leave and ‘run forever.’ You’d think with all that hatred in his heart he couldn’t care less, but he’s treating this place like it was CBGB or some shit. Don’t get me wrong, I’m not into paying fifty dollars for vitamin gummies either, but from what I remember, all we really used to do there was kick around empty beer cans and listen to him talk about how his band was totally going to make it.”

Adnan Seri, a professor who studies gentrification at Brown University, explained that changes in familiar environments can have an emotional effect on people.

“Our hometowns symbolize a certain stability for us, and it’s perfectly normal for any changes in the scenery to trigger anxiety. Unfortunately, cities have to evolve to meet new economic demands,” Seri explained. “I’m sure local kids can find a new place to carve apple bongs and practice kickflips, but there’s only so many places where you can buy overpriced vegetables while listening to an acoustic rendition of ‘Girls Just Wanna Have Fun.’”

At press time, Castello was seen turning the corner off Cherry Street, incoherently babbling about how there must be a way for things to get better.