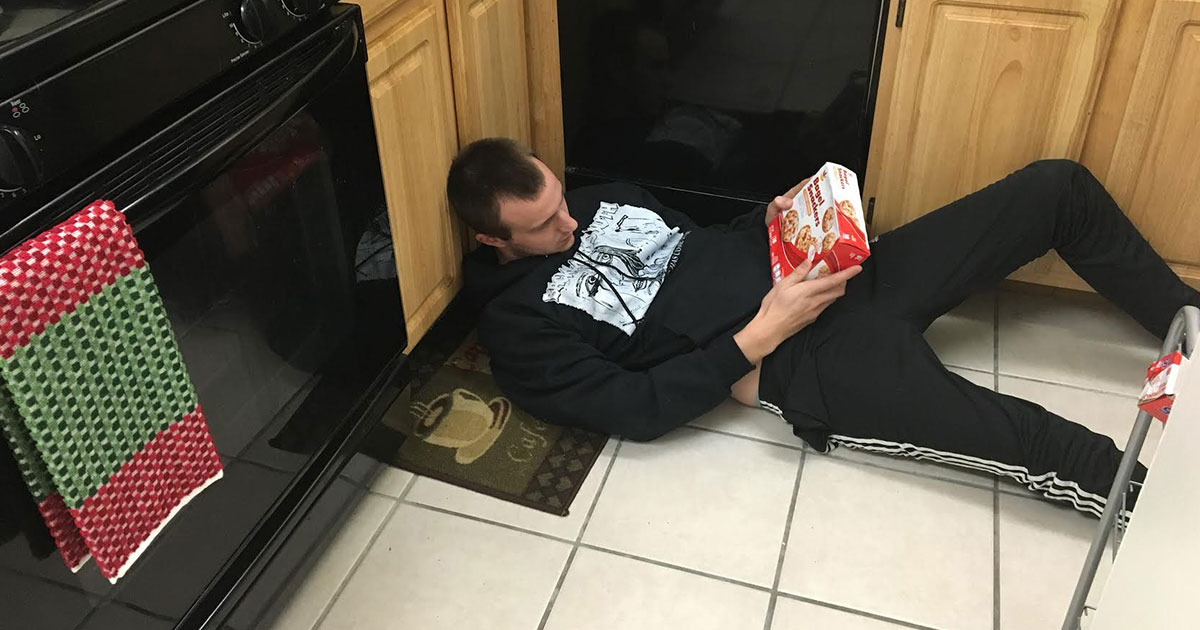 ROGERS, Ariz. — Local drummer and admitted “problem drinker” Jason Huff reportedly “had it” with a particular box of pizza bagels after being instructed to preheat an oven to 425 degrees fahrenheit before cooking them, a source confirmed.

Huff noticed the demand upon returning home from a recent Curse Bearer show, to which he arrived both late and highly intoxicated. Witnesses confirmed that with few options available to curtail his hunger late that evening, the 33-year-old reached into his freezer, appalled by what awaited him.

“Dude, I saw that shit and I was just like, ‘Whaaat,’” Huff said of the audacious request. “What am I, the Queen of fucking England? It’s just pizza bagels, man. It’s not even real pizza!”

Ignoring the instructions printed clearly on the box, Huff simply inserted the frozen snacks into the oven, opting not to “wait around like some asshole” while it heated to the required temperature.

“A family-sized Stouffer’s lasagna is one thing. A Marie Callender’s pot pie, sure. But nine Bagel Bites? Fucking blow me,” an increasingly belligerent Huff said. “And I’ll tell you one more thing — I ain’t about to arrange them ½ inch apart on the baking sheet, either. If you think I’m particularly worried about crispiness, you got the wrong dude, bro.”

The pizza bagels were allegedly equally as shocked to learn how they were viewed as a food item, disappointed by Huff’s unkind remarks.

“Honestly, I couldn’t believe what I was hearing. I was thinking, ‘I can’t believe this is Jay saying this.’ I thought better of him,” said a cheese and pepperoni-flavored Bagel Bite that had been living in Huff’s freezer for the past two weeks. “Well, he can just work with that expired-ass bag of generic Fruity Pebbles that’s been sitting on the counter for the last eight months and see how that works out for him. Fucking lightweight.”

Despite his adamant rejection of the suggested cooking instructions, Huff did allow the newly toasted pizza bagels to stand one full minute before serving, as to not “melt my fucking mouth off, man. Everyone knows that.”