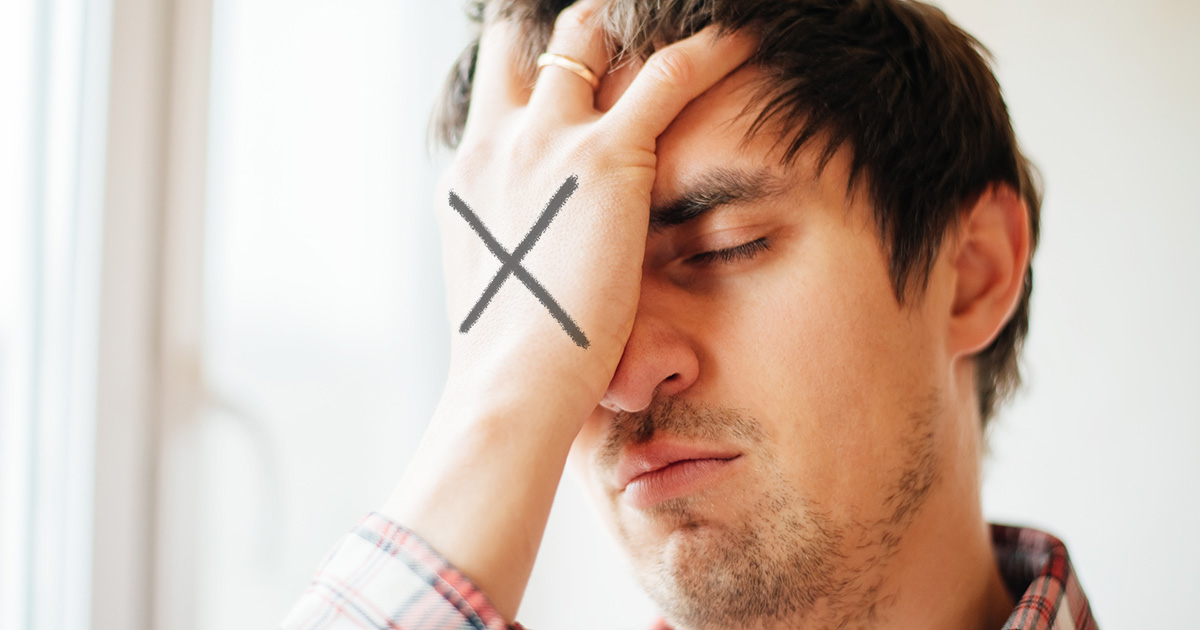 “Ah, fuck me. Not again. Fucking fuck,” said Palmer, pacing back and forth in his bedroom and frantically chain-smoking. “The guys know I’m straight edge, and they dragged me out for a few drinks after band practice… even though I knew it was a bad idea. People don’t understand: this straight edge shit is my life. I wouldn’t have all the T-shirts and tattoos if I wasn’t totally committed. I totally lost control after only, like, three beers! What a fucking joke.”

Palmer’s fellow band members in straight edge hardcore band CleanxConscience admitted their tacit involvement, but did not hold back their disapproval.

“Ok, listen. Palmy and I have been boys since day one — since we took ‘the vow’ together after stealing some vodka from his ma’s liquor cabinet,” said Emilio Marti, bassist. “And, sure, maybe last night I bought an extra Jager Bomb for the table because I knew he couldn’t resist. But you gotta be able to control yourself after a few drinks when you’re doing this shit ‘til death. And look what happened!”

However, witnesses claimed that isn’t the whole truth.

“Those Chicago Wolf Pack kids come in, I’d say, two or three times a week,” said Doug Larme, owner of local bar Larme’s Way. “Usually they just drink a few boilermakers, pocket my Magnum Sharpies, and complain that the TouchTunes doesn’t have any Bridge Nine stuff. But last night… hoo, boy. That one kid went hard. Those big Xs he had on the back of his hands were nearly gone by the end of the night because he was wiping so much beer from his lips. Plus, he forgot all the lyrics to that ‘Revenge’ song they always shout out when they get that liquored up.”

Unfortunately, Palmer has reportedly been ousted as drummer for ClearxConscience, and Marti is allegedly recommending an acquaintance he knew from the methadone clinic as a replacement.