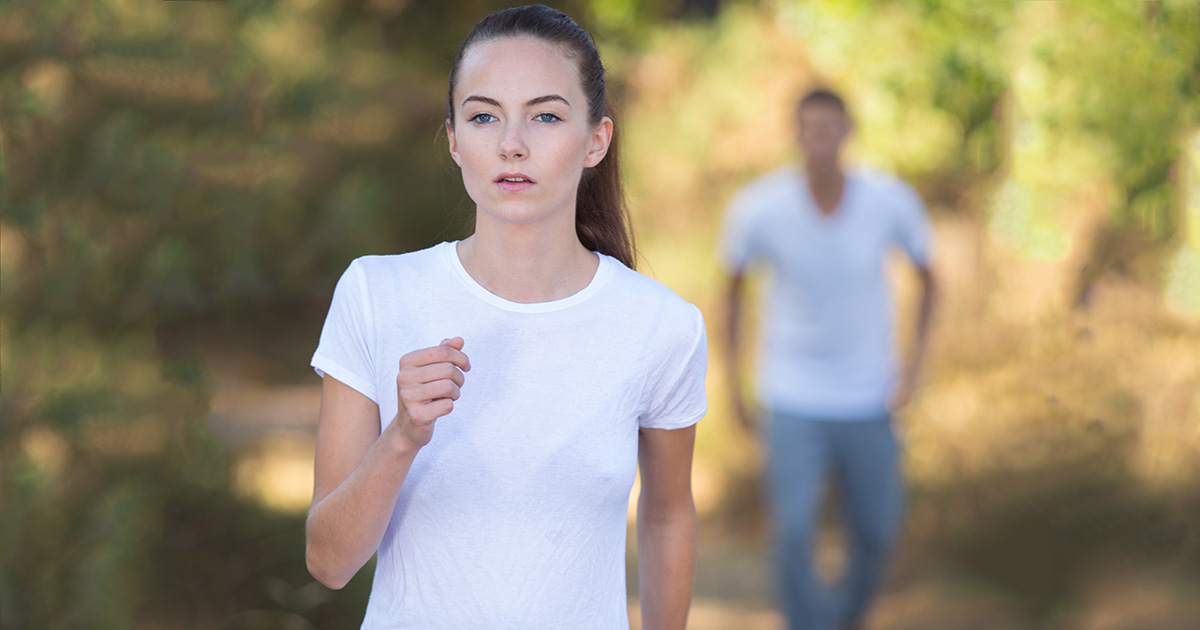 “As the weather gets warmer, we thought it would be the perfect time to unveil our selections for the community of justifiably horrified women,” said Gene Anderson, Director of Operations. “Whether you’re looking to speed-walk while checking over your shoulder every five seconds, or for more of a full-on, adrenaline-fueled dead sprint into the nearest bodega, we’ve got you covered.”

The department is using colored trail markers this year to distinguish between levels of difficulty. Red markers suggest a high level of expertise in evading assault, while yellow markers indicate trails more suitable for beginners who don’t have much experience desperately running for their lives, yet.

“They love the rush,” said John Boltz, a frequenter of Van Cortlandt Park in the Bronx. “Women aren’t happy just sitting at home anymore, and it seems like the only person they ever make a sandwich for nowadays is themselves. I’d never blame a lady runner for letting herself get assaulted… unless she had it coming, or was wearing a sport-bra or something. Either way, I’m happy the city is stepping up for these jogger babes.”

Studies show an increase in the number of women partaking in high risk activities — from walking alone to their cars after 8 p.m., to leaving drinks unattended at the bar for more than 30 seconds, to not checking public toilets for small, fecal-matted fetish cameras.

“I started running to help with my generalized anxiety disorder, but I found that the unrelenting, very-real fear of being raped or murdered in the middle of nowhere only made my condition worse,” said ex-runner Sarah Melendez. “Its fine, though. I’ll probably just go back on Prozac.”

Indeed, assaults on female runners, sexual or otherwise, have skyrocketed by 70 percent this year — a number the parks department hopes to reduce by implementing panic buttons along every trail, along with an increased number of overturned trees in which women can hide.