Parents Announce Plan to Vote for Whoever Appears on TV Last 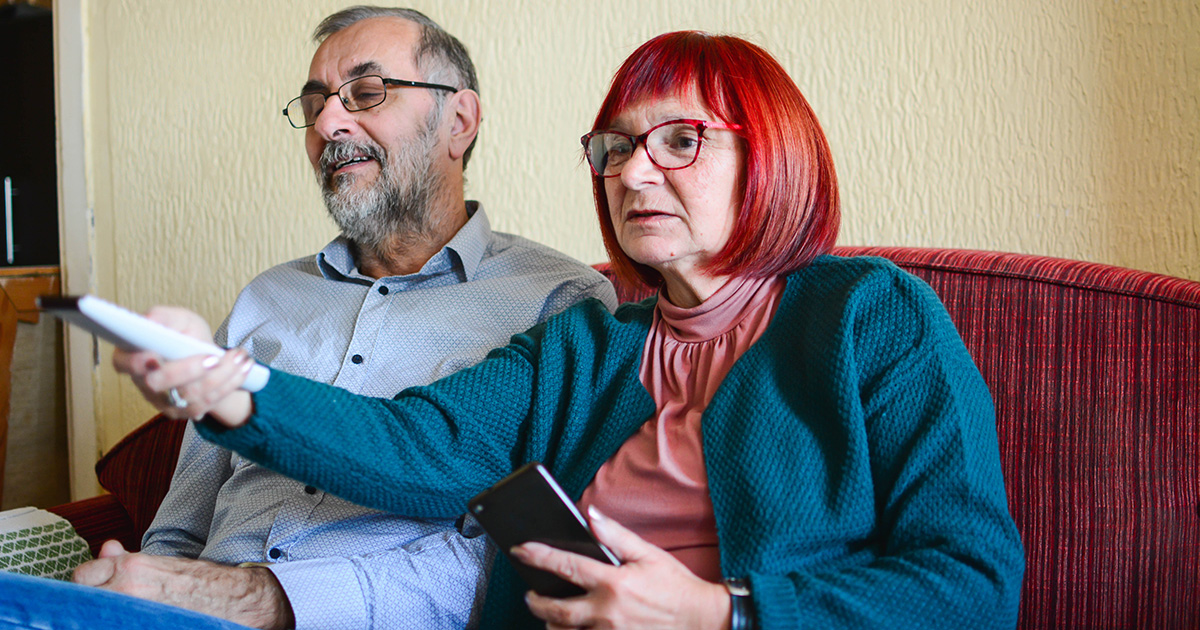 ATHENS, Ga. — A boomer-aged couple announced today their coordinated effort to vote in the upcoming presidential election for the candidate who appears on TV most recently, exasperated sources confirmed.

“Biden just seems like the right choice,” said Ann Buckley, her husband Irving nodding in agreement. “I feel like I’ve already spent so much time with him. Between the Obama years and his ads during ‘Family Feud,’ it’s like he’s already been in my home and sniffed my hair. A choice like this can’t be taken lightly: I need to make sure I vote for the name that seems most familiar to me when I shut the curtain of that voting booth.”

To court the elusive “parent vote,” the Biden campaign is maximizing their advertising impact by positioning commercials in blocks of advertising targeted towards typical parental interests.

“We call it the ‘Parent Sandwich,’” explained Biden’s communications director Kate Bedingfield. “We find what parents like, and we place our ads alongside their interests — for example, you might see one of our ads in between commercials for a blood pressure medication and Old Country Buffet. We also make sure we place positive Biden ads at the end of episodes, and at the start of the show, we put our Sanders attack ads that claim he will drastically reduce the number of times your child calls home every month.”

Some analysts, however, worry that a lack of information will lead to inconsistent support.

“I don’t think either of them know what [Biden] actually stands for,” lamented Mike Buckley, the couple’s son. “Mom just says he’s a ‘straight shooter,’ and Dad won’t stop talking about his ‘gumption.’ I don’t think Dad wants to vote for him so much as he wants to be his nephew. It probably won’t last.”

“They were all in for Trump like, two weeks ago,” agreed daughter Tania Buckley. “It seems like the best thing to do to keep our parents from fucking things up is to sabotage their cable connection, sign them up for Netflix, and put ‘Jeopardy’ on autoplay until the primaries are over.”

At press time, the Buckleys had pivoted their support to Ray Liotta after seeing him in a Chantix commercial.