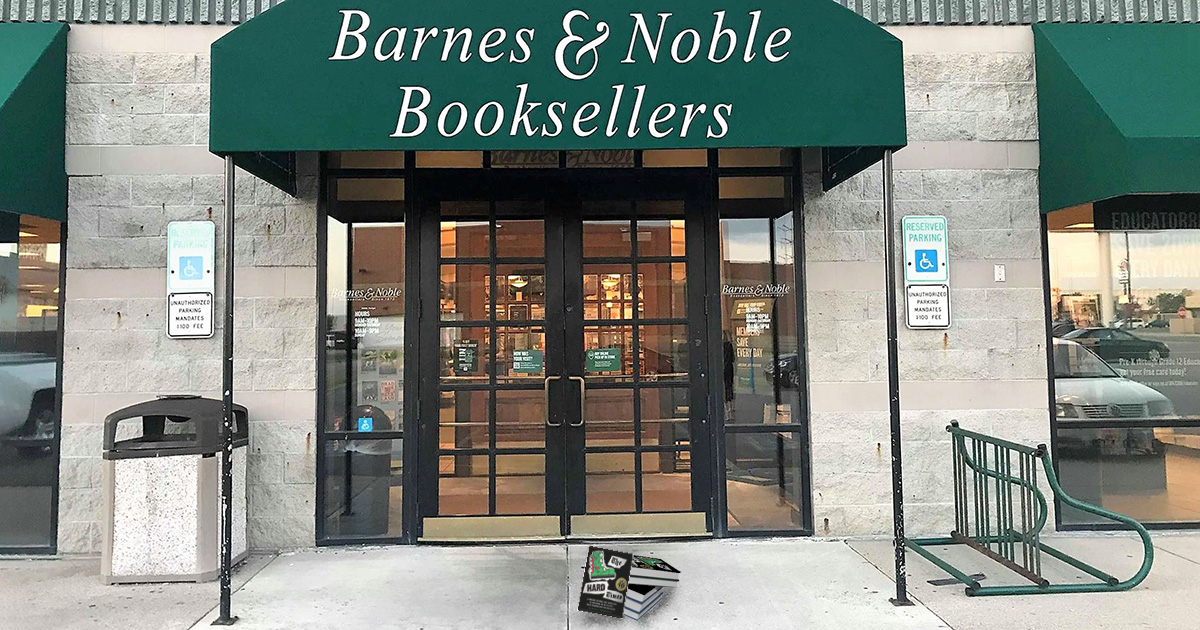 EUGENE, Ore. — A pack of Hard Times books has been “loafing around, stirring up trouble” outside the Valley River Barnes & Noble since early yesterday, sources hoping the cops will arrive soon confirmed.

“I’ve seen some rough-and-tumble publications in my day,” said shift manager Herbert Schultz, who admitted his disdain for punk art in general since a Jello Biafra audiobook reportedly spit on him in 2003. “But none that spent a dozen hours chain-smoking American Spirits and left a small mountain of empty Heineken cans in its wake. They claim they just want on the shelves, but how am I supposed to put something that says ‘fuck’ that often next to a read about wholesome music like The Beatles?”

Eugene authorities alleged that the group of books sparked several incidents elsewhere in town before stationing themselves outside the book retailer.

“We first got a call a couple days ago from Hot Topic in the mall,” said Ofc. Lauren Hargraves. “Something about a bunch of foul-mouthed books calling people ‘posers’ and setting fire to Panic! at the Disco shirts. They holed themselves up pretty well in the food court, so we had to blast Toby Keith over the loudspeaker until they left. The eating area will remain closed until the staff can remove all the band stickers and leftover anarchist zines from the premises.”

The pack accused booksellers of prejudice because the books don’t fit “normie expectations.”

“People get scared the second they realize we don’t have a sticker from Oprah or the New York Times tattooed on our back cover,” said a heavily graffitied copy of the book. “Sorry we’re not a bunch of sellouts… unless you want to give us $30. Then we’ll crush bugs, help you roll joints, or lie on the floor next to your shitter for all we care.”

At press time, sources report the books intended to “assert their dominance” by challenging a pile of Henry Rollins paperbacks to a round in the pit.