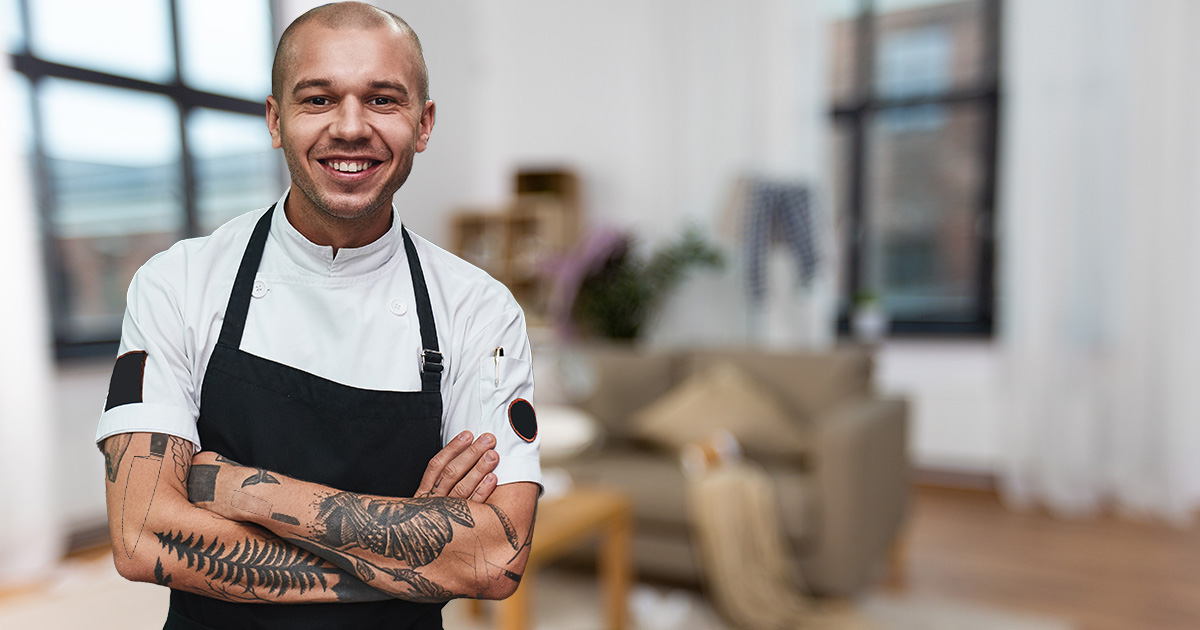 ST. LOUIS – Local line cook Reuben Gunnels updated his extensive resume by adding a fourth tattoo of a knife to his arm in hopes of landing a coveted sous chef gig, sources close to the 15-time “Top Chef” reject confirmed.

“All of the asshole cooks at my old job have, like, two tattoos at most. And it’s all boring, young shit too – a skull eating a slice of pizza, a chicken wing on fire, the PBR logo. They clearly don’t take this profession as seriously as I do. That should have been a red flag for me from the beginning. How can you expect to be well-respected in the kitchen with a few beginner tats?” said Gunnels. “After six months grilling burgers and frying eggs alongside meatheads who can’t even make a decent aioli, I’ve had it. I’m ready to level up and start working at finer establishments next to chefs with six or seven knife tattoos at least.”

To increase his shots of landing a high-end gig, Gunnels enlisted the guidance of local tattoo artist Cassidy Torres.

“Sure, a lot of people think of me as just a tattoo artist, but frankly, I’m more than that. I’m an employment consultant for line cooks, hairstylists, mixologists, mechanics, and more,” explained Torres as she drew a bleeding cornucopia in her sketchbook. “On average, head chefs spend just 11 seconds judging the tattoo work a candidate has, so you have to stand out. For Reuben, his ‘Yes Chef’ knuckle tattoo and meat cleaver bicep design demonstrate experience and commitment to the industry, and he lets his personality shine with his Dead Kennedys piece on his calf. By adding in a ‘Mise en place’ neck tattoo and another chef’s knife on his forearm, he’ll be hard to deny.”

High-level chefs across St. Louis are reportedly interested in talking with Gunnels as soon as his new tattoo is no longer in that gross scab phase.

“I must say, I was extremely impressed that young man,” said Sebastian Lee, executive chef of a highly acclaimed gastropub Iron & Nettles. “Reuben’s choice of tattoos clearly demonstrated an eye for detail, a high pain tolerance, and a deflated sense of self, all of which are essential for working in my kitchen. The kids that come out of culinary school could learn a thing or two from him. Don’t spend your money on education, spend it on giant tattoos that make your mother questions her decisions as a parent.”

At press time, local barber Ted Clement added a 75th straight razor tattoo to his collection in the hopes of moving one chair closer to the front door of his shop.