OPINION: If You Ask Me, the Real Main Character of “Rocky” is New York City 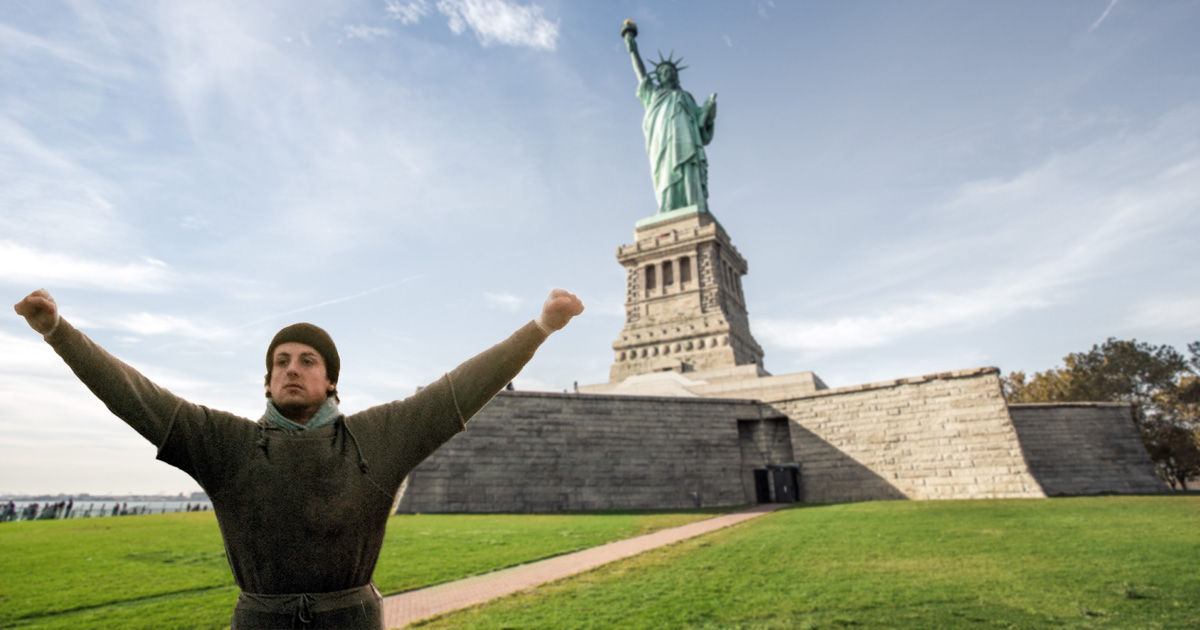 “Vertigo” and San Francisco. “Sunset Boulevard” and Los Angeles. Sometimes a movie perfectly captures the spirit of a city, the two becoming forever synonymous. But, in the storied history of cinema, there’s certainly no better combination of film and city than “Rocky” and New York City.

In fact, the most important character of “Rocky” isn’t the titular boxer at all. Nope, and it’s not his girlfriend Adrian, his trainer Mickey, or even Eduardo, the wise-cracking, streetsmart pigeon that Rocky saves in the subway. Much like any classic film set in “the city that never sleeps,” the main character can only be the Big Apple itself.

You can hardly hear the name “Rocky” without it conjuring the honk of a thousand yellow cabs or the scent of a street vendor’s hot dog stand (especially if, for example, you saw the movie for the first and only time yesterday, on your phone, while busking on a busy Manhattan street corner). This is a crucial aspect of the film’s essence, equal in importance to the sumptuous black-and-white cinematography, Hans Zimmer’s rousing score, and the pervasive glare that ruined most of the viewing experience for me.

So much of the movie’s cinematic power derives from how the lovable pugilist triumphs over the oppressive city he calls home. Who can forget that thrilling training montage in which Rocky is finally able to run all the way up that famous staircase leading to the entrance of the Bubba Gump Shrimp Co. in Times Square?

Sylvester Stallone made it a point to show Rocky engaging in every classic New York experience, from eating a big ol’ floppy slice of pizza to taking a shit in a Barnes & Noble bathroom to getting hit by a subway car. As Rocky himself declares dozens of times in the film, “I’m from New York City and I fuckin’ love it, baby!”

NYC is undoubtedly the main character of “Rocky,” the city’s gritty heart beating in each and every scene. It should be considered film canon and it leads directly to my next argument. So, if you’d like to hear me explain how the main character in each of the “Rocky” sequels is actually Rambo, just swing by 48th and 7th with an open mind and 5 bucks.