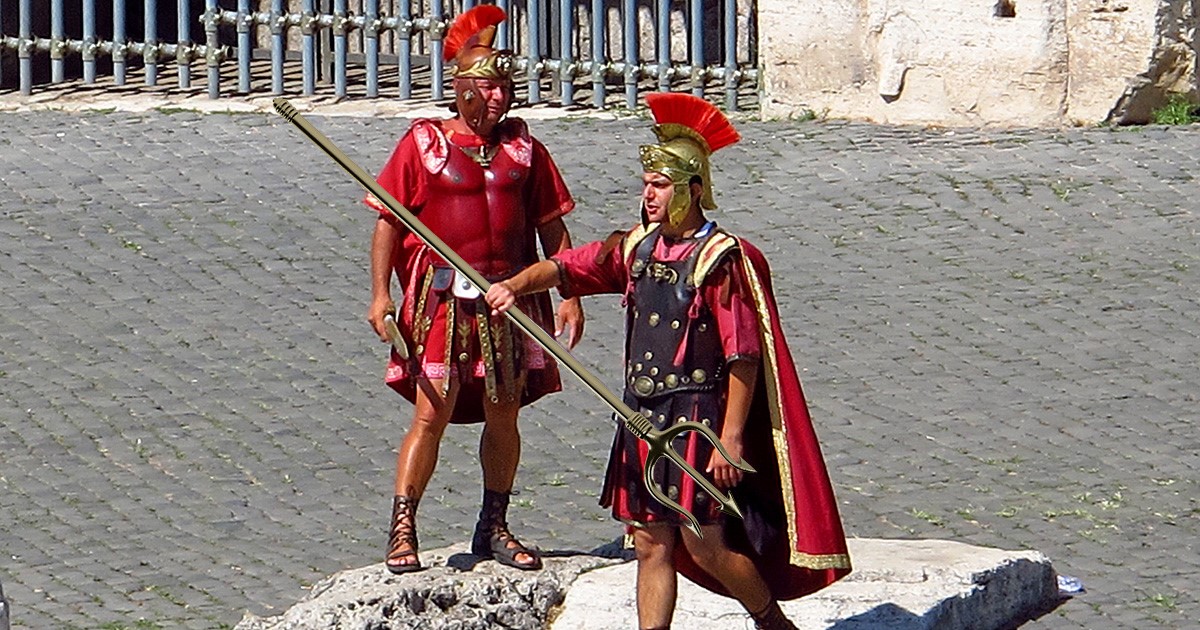 ROME — Debuting gladiator Felix Augustus had to borrow weapons yesterday from a more established warrior ahead of his opening bout at the Coliseum, frustrated sources confirmed.

“I can’t thank Brutus Maximus enough: without him, I’d have been fed to the lions, quite literally,” said the 22 year-old Augustus, still drenched in blood and human viscera. “I was terrified to ask, though, because last night was the start of his empire-wide tour, and if I broke his weapons he’d have torn me in half.”

Augustus landed the opening slot on the Coliseum’s weekly, all-ages slaughter lineup after earning a healthy following in Rome’s DIY gladiatorial scene. However, his unpreparedness may prevent him from landing future battles to the death.

“I really try my best to book local scene gladiators, but I may need to hold off for a while after this,” said Showus Promotus, the lead show promoter. “The Emperor was at this show, and if this whole trident fiasco got out of hand, my entire staff and I would’ve absolutely been crucified.”

While he was ultimately happy to help the young gladiator out, headliner Maximus still had inhibitions about giving up his prized trident and net.

“I was about halfway through my pre-fight giant mutton leg when this nervous-looking kid walked into my chambers. I told him that the male prostitute’s quarters were down the hall,” said Maximus while being massaged by one of his servants. “He explained that he was opener and asked to borrow my stuff. It took some convincing, but I eventually said ‘yes’ just to get him to stop crying. I’m always hesitant to do this, because last year some idiot got killed using my shield and I never got it back. I’m still pissed.”

In addition to aiding Augustus from having to forfeit the games and be devoured, Maximus’s professional-quality trident and big net gave Augustus a sizable advantage over his opponents.

“I’ve played around with tridents like this at Centaur Center alot, but never had a chance to actually use one live before,” said Augustus. “The action when driving it through someone’s rib cage feels great!”