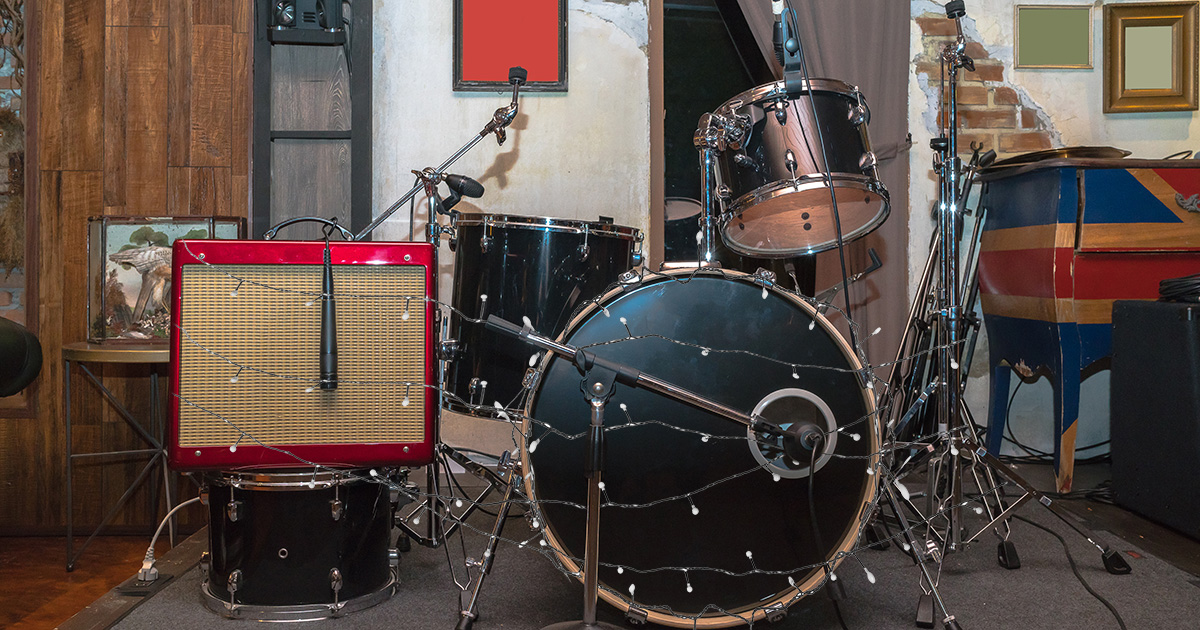 WORCESTER, Mass. – Local shoegaze band Snooze Pedal thrilled audience members by using half a string of Dollar General Christmas lights to illuminate the stage during their set, confirmed multiple sources who swear they will tell their grandchildren about what they saw.

“I had the idea during a practice last week and the guys were skeptical at first because they said it would be ‘too flashy’ but eventually they came around,” said drummer Tyler Jefferies. “We had some friends come to our rehearsal space to check it out and they were floored. They said it was ‘like watching The Arcade Fire in their prime, but way better’ and it’s really all because of those lights. My mom told me I better have them back the day after Thanksgiving or she’d have my ass, but we only have one gig booked for the rest of the year so it shouldn’t be a problem.”

Fans in attendance were floored by the advanced stage setup.

“When the drummer asked the tech to kill the stage lighting I thought, oh please not another gimmicky guitar cab with lights for speakers. But then the Christmas lights came on and I thought… ‘whoa!’ Then the lights started twinkling and I thought to myself ‘this is like Christmas Eve on quaaludes!” said show attendee Damarr White. “I can’t say that I remember their songs too well. Sounded like a distorted skill saw run through six reverb pedals, but those lights really made the show!”

Chaz Davis, longtime production manager for the iconic metal band Iron Maiden says concert optics are something that can separate your band from the pack.

“It’s all about the show, mate. You gotta wow the punters with a bit of razzle-dazzle or they’re gonna spend their money on Kiss tickets instead, and at that point, you might as well just flush your money down the toilet,” said Davis while setting up a series of pyrotechnic blasts. “This tour we built a fire-breathing Eddie robot that shoots flames ten feet over the audiences’ heads. We have a laser Union Jack beamed over the arena and enough dry ice to reverse global warming. If you don’t burn your mark on the audiences’ brains, they’ll forget you as soon as they leave the car park.”

Following the positive reaction to the Christmas lights, Snooze Pedal hopes to further enhance their stage show by buying one of those “old-timey looking Elvis microphones.”