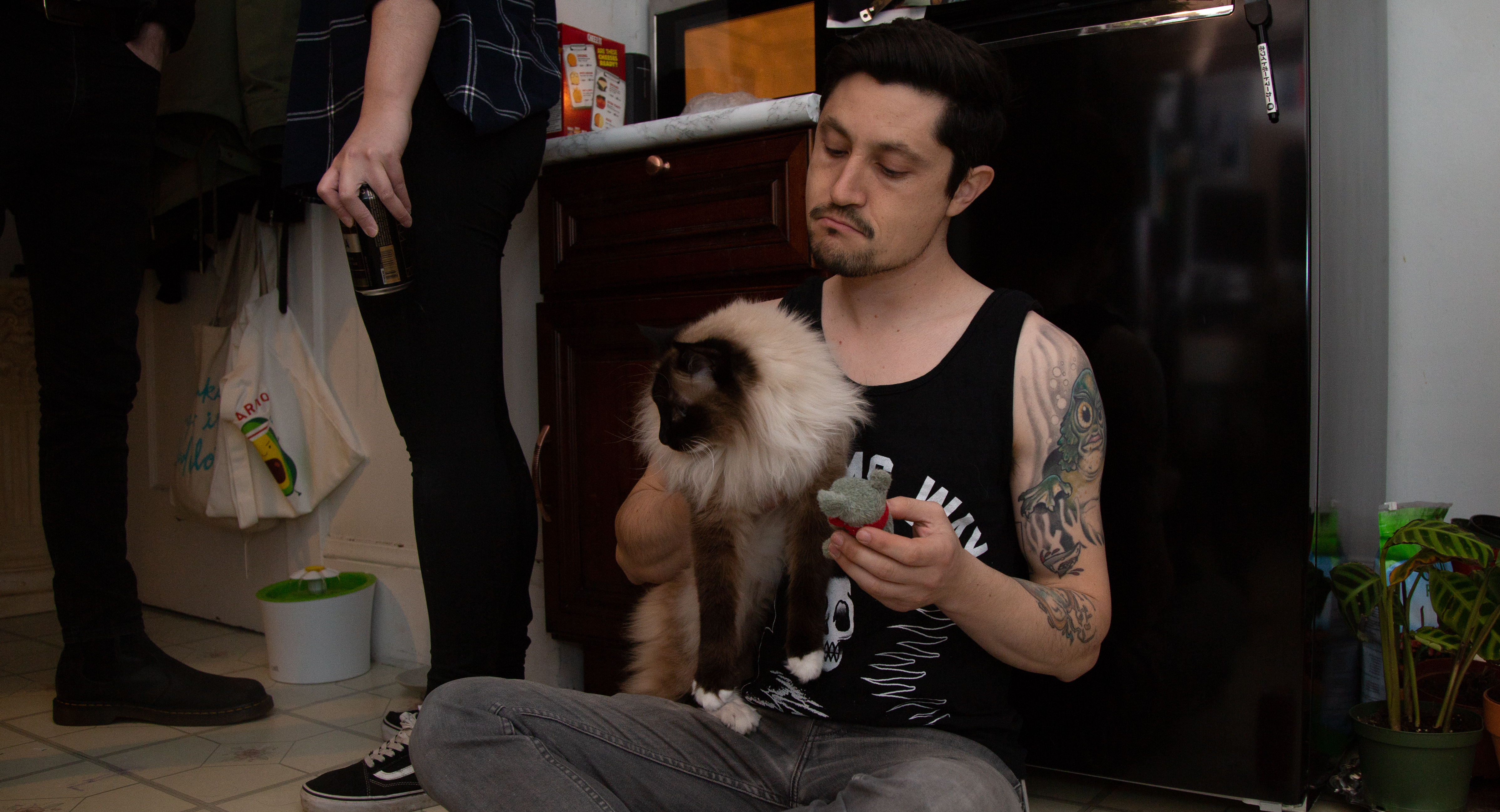 “Everyone was having a really great time, but it got really loud, and I needed a second to myself,” said Evans with Tugger seated firmly in his lap. “I popped into the bedroom and saw the cat scramble under the bed, which… I don’t know, I really related to. So I laid on the floor for about 75 minutes until he finally came out, and once he did, it turned out he was a pure ham sent from heaven to grace us with his whiskers.”

Porter, who decided to throw a party to celebrate a recent breakup, is reportedly slightly uncomfortable about the new friendship.

“That guy came with another friend of mine and one bottle of water and didn’t talk to anyone. A few hours later, I found him lying on my bed asleep with Tugger and asked him to leave,” said Porter. “This morning, I got a random text from a number I didn’t know — turns out, Austin wants to come by and see Tugger. He’s coming tonight after work to hang out with him for a few hours.”

“Honestly, I’m sort of jealous because Tugger is an asshole… but he didn’t pee on my clothes today, so I guess the friendship has some benefits,” she added.

Mutual friends confirmed this is not the first animal Evans befriended to avoid social interaction.

“Two summers ago Austin and I went to a wedding on a farm in New Hampshire, and he spent most of the night in the barn feeding a bunch of hay to a horse… I was barely able to pull him away,” said longtime friend Cindy Edison. “And every Sunday, he still drives the four hours up there to clean the horse’s stable and listen to music together. I can’t imagine the horse likes obscure Boston-area straight edge bands, but they really seem to enjoy each other’s company.”

At press time, Evans was late to work for the 763rd day in a row because of his need to pet every dog in the neighborhood.