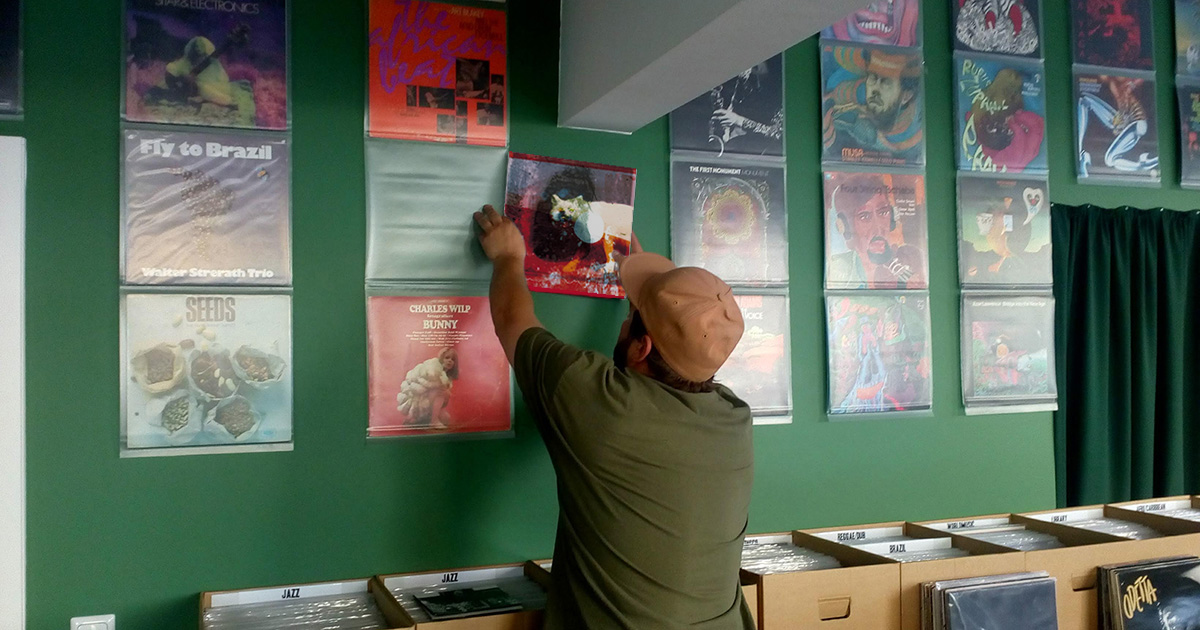 KINGSTON FALLS, N.Y. — An ominous record store employee reportedly warned customers yesterday that the new Mogwai album should not be exposed to direct sunlight, water, and above all, not played or listened to after midnight, creeped-out sources confirmed.

“These fools rarely heed my warnings. They look at me like I’m crazy, because I have an in-depth knowledge of everything we import and I wear the same Guided by Voices shirt every single day, but I’m not crazy. I’m just practical,” said Vinyl Circus employee Brandon Wing, of those trying to buy “As The Love Continues,” the latest LP from the Scottish band. “One might think that Mogwai’s lush post-rock sound would be perfect for listening to in the dark of night, but no: something awful will happen. That album will no longer be what you thought it was. They’ll see. They’ll all see.”

The most recent purchaser of the album was Allen Davis, a local music aficionado who said he was made very uncomfortable by Wing’s antics.

“I haven’t listened to Mogwai since ‘Happy Songs for Happy People,’ but now I’m like, ‘I have to hear this thing,’” said Davis. “So I’m trying to buy it, but the guy won’t ring it through until he finishes rambling on about all these rules… like I’ve never bought a record before. He mentioned some crap about ‘transformation’ and ‘mutation’ while playing with this creepy necklace around his neck, and I figured maybe he was just talking about the band’s progression over the years. Which I get; maybe Mogwai peaked with ‘Rock Action.’”

“He also said the record store was built on an ancient burial ground, and I think I saw some voodoo dolls in the back room,” added Davis. “I just wanted to get out of there.”

Anders Rogers had a similar experience with Wing a few days earlier when attempting to purchase a Ramones record.

“I heard if you listen to ‘Pet Sematary’ off of ‘Brain Drain’ in the middle of night, something might happen,” said Rogers while wiping his muddy hands on his pants. “That weirdo kept warning me not to buy it, so I’ll be honest, I stole it. I just really missed my son, okay? But look at him! He’s fine. Maybe he’s acting a little strange, but he’s fine. Wait, where’s Gage? And where’s my pocket knife?”

At press time, Kingston Falls police had been called to a disturbance at Dorry’s Tavern, which reportedly consisted of multiple men in their late 30s destroying the bar while listening to Mogwai on the jukebox.