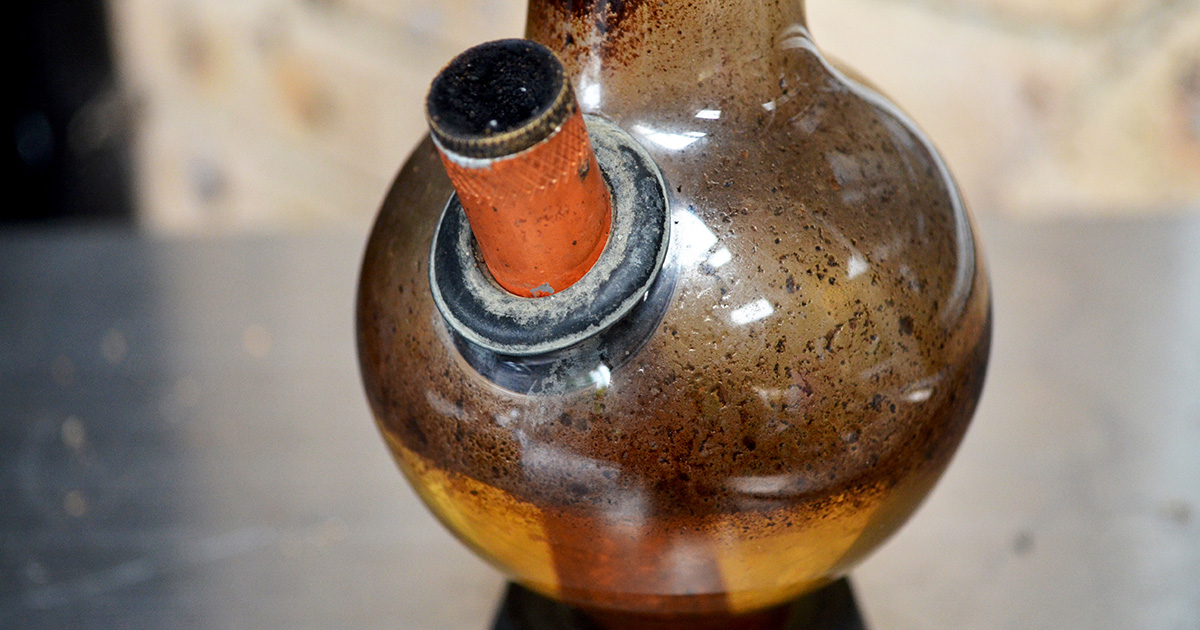 LOS ANGELES — Local punk and weed enthusiast Sam “Switch” Gremillion inserted his penis into an old bong Wednesday afternoon in a desperate attempt at pleasuring himself, according to sources scouring Craigslist for sublets and temporary housing situations.

“My Fleshlight broke weeks ago, and I’ve been too anxious to leave the house and get a new one because of quarantine. It wasn’t my first choice at all, but when I saw the opening of the bong, I knew it would do,” stated a sheepish Gremillion. “I will say, the initial insertion wasn’t exactly pleasant, but the moment I hit that knobby thing that holds the ice, me and my hog squealed with excitement… immediately followed by pain and panic when I realized I was stuck.”

“I was hoping I would just unstick myself when the boner subsided,” he added, “but apparently when you’re stuck in a bong, the penis only gets harder with time.”

Gremillion’s roommate Tammy Valentine worried about the health of the household.

‘Yeah… I can’t say I was too excited when I found out Switch got his schvonce stuck in the bong. After all, It’s not even his bong, it’s the apartment’s bong — we all share that thing, for crying out loud,” said a slightly irritated Valentine. “Of course I’m shocked, but I’m more worried than angry: worried for my roommate and of course, for the bong. With that thing out of commission, all I have is this one-hitter I keep for emergencies and family functions.”

Dr. Joseph Quintero was tasked with removing Gremillion’s penis from the bong.

“In all of my years of removing things from people, I have never had to solve a problem quite this sad before,” Quintero remarked. “Plus, I think Fleshlights are pretty easy to come by — you can just order one from a local sex shop and have it within the week. They’ll even put discrete labeling on it so your neighbors dont know you just ordered a sex toy. It may not be as quick as Amazon, but it’s extremely important to support small businesses within the community. Not that I’ve ever ordered one. I’ve just heard.”

Gremillion is on track for a speedy recovery, and his roommates have invested in a bong with a smaller opening as a cautionary measure.