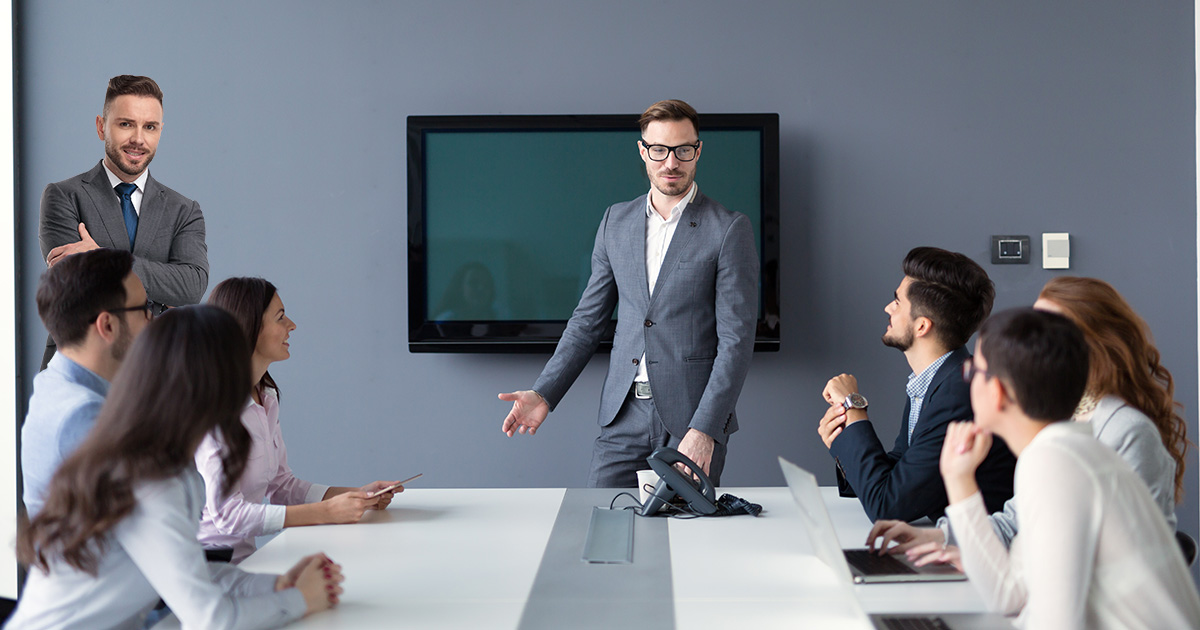 BALTIMORE — Local office punk Sean Cruz reportedly moved up front and center yesterday to represent for his colleague during a Q4 earnings presentation, according to meeting attendees.

“Dave Mills and I came up as interns in the Operations Research Analysis scene together,” Cruz said while entering the conference room. “So to see Dave headlining the agenda now is huge. I’m so proud of him and had to get up front and show it — when he launches into the fiscal year sales projections, I’m gonna go off.”

Colleagues were confused by the kinship and brotherhood shared by the two former interns.

“We typically sit in chairs at meetings. In fact, we always sit in chairs,” said VP of International Research Larry Roman. “But he was so stoked for ‘his boy’ that he got up and stood 10 feet from the podium with his arms crossed, and pointed his finger along to all the figures in the presentation. When the pie chart slide came on and nobody really reacted, he yelled at everyone to ‘get the fuck up’ and called us all ‘posers who sit in the back of the conference room checking LinkedIn on their phones.’”

However, Cruz wasn’t the only one impressed with the presentation, despite technical hang-ups.

“You’d think a Fortune 500 company could afford better gear: the projector was cutting out of focus and the PA mic was shit,” said IT Manager Emily Moreno, who helped load-in a backline of laptops and HDMI cables.

“All in all, it was a sick set,” Moreno continued. “Of data points.”

Cruz has since pledged to ensure that his colleague’s work will no longer go unnoticed at the 10th and 11th floor Park Avenue offices.

“More people need to come out and see Dave’s quarterly earnings recap,” said Cruz while printing out copies of Mills’ Outlook calendar. “I’ll post these up around the watercooler and bathrooms. And fuck you if you have a conflict.”