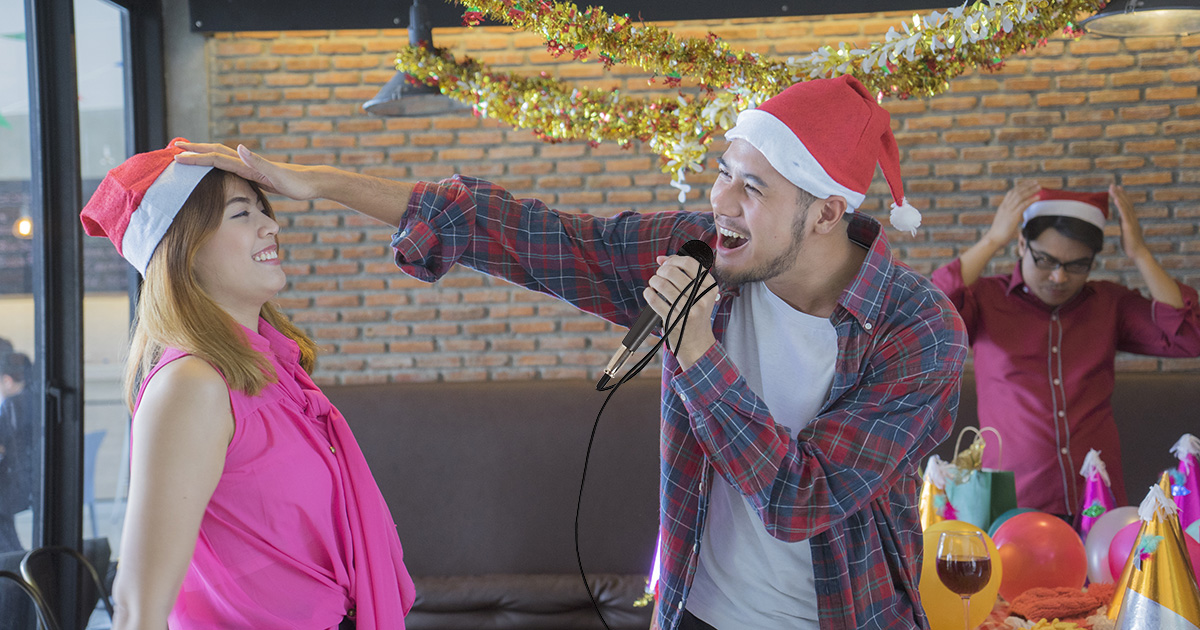 TRENTON, N.J. — New mailroom employee Cole Horrigan surprised his coworkers at Tremont Auto Insurance Thursday night when he wrapped the karaoke mic cord around his wrist before launching into a rendition of Blood for Blood’s “Wasted Youth Crew” at a company party.

“It was nice to see everyone at the party… even the new, really intense mailroom guy, Cole,” said salesperson Jeannette Mcintyre. “He ate his meal in the corner of the room with his arm around his plate as if he thought someone might steal his deviled eggs. So you can imagine my surprise when he was first in line for karaoke: he must’ve flipped through the song book for 10 minutes before handing the DJ a CD and saying, ‘Just play this, I don’t need lyrics on the screen.’ Then he started punching himself in the forehead and took off.”

“After he picked a song, he ducked behind the copier… I guess to psych himself up. Then he popped off his shirt and started pacing back and forth between the dessert table and sandwich trays,” said Garrison. “Of course, the song was a cheesy, instrumental, karaoke version of what seemed like a pretty heavy song, so it definitely took a lot of the edge off. But he still kept demanding everyone ‘get the fuck up on their feet,’ which made Jenn from Accounts Receivable cry on account of her severe gout.”

Despite this, CEO and suspected alcoholic John White was impressed by Horrigan’s “spunk” and “plucky attitude.”

“When I heard Cole dedicate his song to ‘the real motherfuckers in accounting,’ I knew he was destined for upper management — that’s why I immediately put him in charge of his own quality assurance team,” said White while taking sips from a pocket flask. “Sure, he’s got no business experience to speak of, no higher education, no qualms about screaming obscenities in his coworkers’ faces, and he’s currently on probation… but this guy has got moxie.”

For his first managerial act, Horrigan is planning to take his employees on a team-building field trip, which appears to be little more than stalking his ex-wife and her new boyfriend.