Nunchucks Fulfill Destiny of Being Traded for Weed 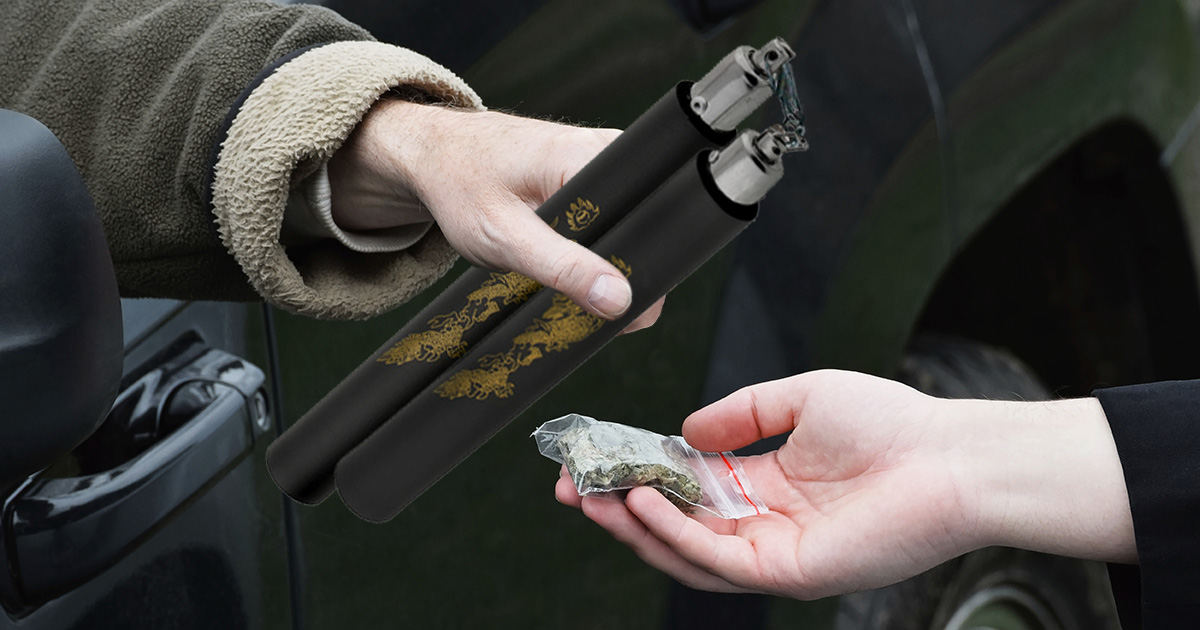 “I figured I hadn’t used those things in, like, four months, and the last time I did, I broke my roommate’s fish tank, so it was probably best to get rid of them,” said Fisher. “I’m way more into swords now anyway — the nunchucks almost seem childish in comparison.”

The nunchucks, purchased last June from Excalibur Cutlery and Gifts, were manufactured by Meiji Weapons of Cedar Springs, Mich, who was contacted for a statement.

“While our company’s advertising features historically accurate recreations of Okinawan martial arts, the real purpose of our products is to act as a stand-in for cash in small-time drug deals,” said Meiji Weapons spokesperson Sofia Medalan. “Our market research found that almost 90 percent of our nunchucks were used once and stashed on a bookshelf until they could be traded for weed, and nearly ⅔ of stoners in northern California had, at some point, idly considered buying nunchucks during a trip to the mall.”

Kyle Hokkanen, the nunchuck recipient, admitted that this was not the first time he’d received something other than money for the weed he sells out of his uncle’s condo.

“Yeah, man — I take trades all the time,” said Hokkanen, opening his bedroom closet to reveal his weapons collection. “I have, like, 14 katanas, a couple boxes of throwing stars, some bo staffs, and these huge fucking rolls of copper wire, man. At any given time, I have enough equipment to outfit a regiment of medieval Japanese warriors, or run electrical for a duplex.”

Despite there being no exchange of legal tender, local law enforcement official Tamara Dolan, who has worked with Federal agencies in the past, claimed this is just the first step in a supply chain that funnels nunchucks from the streets upward to larger and larger distributors.

“The current street value for one set of hobby-grade nunchucks is about ⅛ of an ounce of marijuana. But dealers will often wait until they have 10 or 15 pairs of nunchucks, to roll that up to their supplier for four or five ounces,” said Dolan. “This leads to hoards of roaming ninjas, armed with untraceable nunchucks. We never know when they are about to strike.”