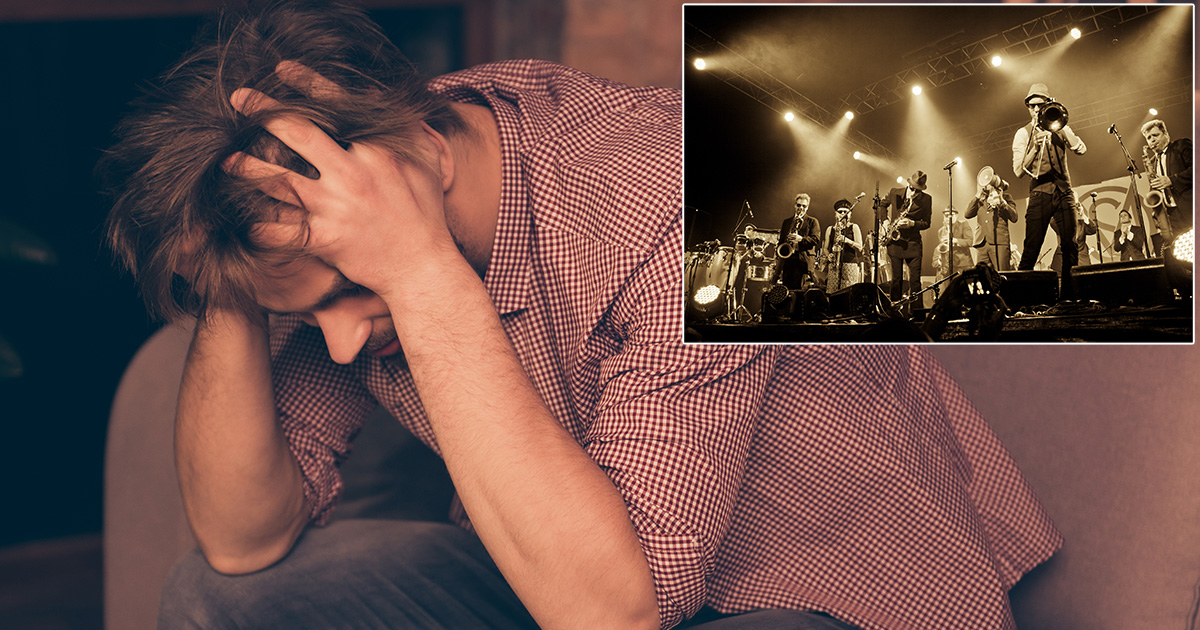 SEATTLE — Singer Ryan Kemper’s commitment to a sober lifestyle brought an alarming realization yesterday: his band of more than a decade, Voodoo Bukowski, is actually a third wave ska band.

“I stopped drinking because I felt like I was losing control… and now I learn my best friends for the past 13 years all play trumpets and trombones,” said Kemper, chain-smoking and pacing anxiously in his darkened bedroom. “What the hell am I supposed to do? There’s not enough cocaine on the planet to make me forget I’m in a ska band now, and there is not enough alcohol in the world to get everyone drunk enough to think ska music is cool. I’m going to have to apologize to a lot of people for the music I’ve put out in the world once I get to that step in AA.”

Members of Voodoo Bukowski were confused by Kemper’s change in disposition.

“Yeah, Ryan has always been pretty wild, but I guess I didn’t realize how bad it was,” explained trombone player Trina Gage. “He came into practice last week, sweating and flustered, and we all thought maybe he’d relapsed — I asked him what was wrong, but he just kept staring at my checkerboard Vans slip-ons and muttering, ‘Oh my God, it’s true,’ over and over.”

“I don’t understand what the problem is. The guy’s a good singer but maybe he’s worried that getting sober is going to mess that up,” added Gage. “At least that’s the impression that I get.”

“This is all very common, and as counselors, we always follow the Stefani model to track the stages of ska recovery. The first stage is, of course, denial — followed by anger, hunger, lethargy, desire to get really into jazz, re-reading ‘The Bell Jar,’ wearing track suits all the time, and finally, acceptance,” explained Fitzsimmons. “With the right treatment, Mr. Kemper will be just fine… with the drug thing at least, but also probably the ska thing, too. I’m not a miracle worker, you know.”

Kemper has since vowed to help the random dancing guy in Voodoo Bukowski make a career change before his life is completely wasted.