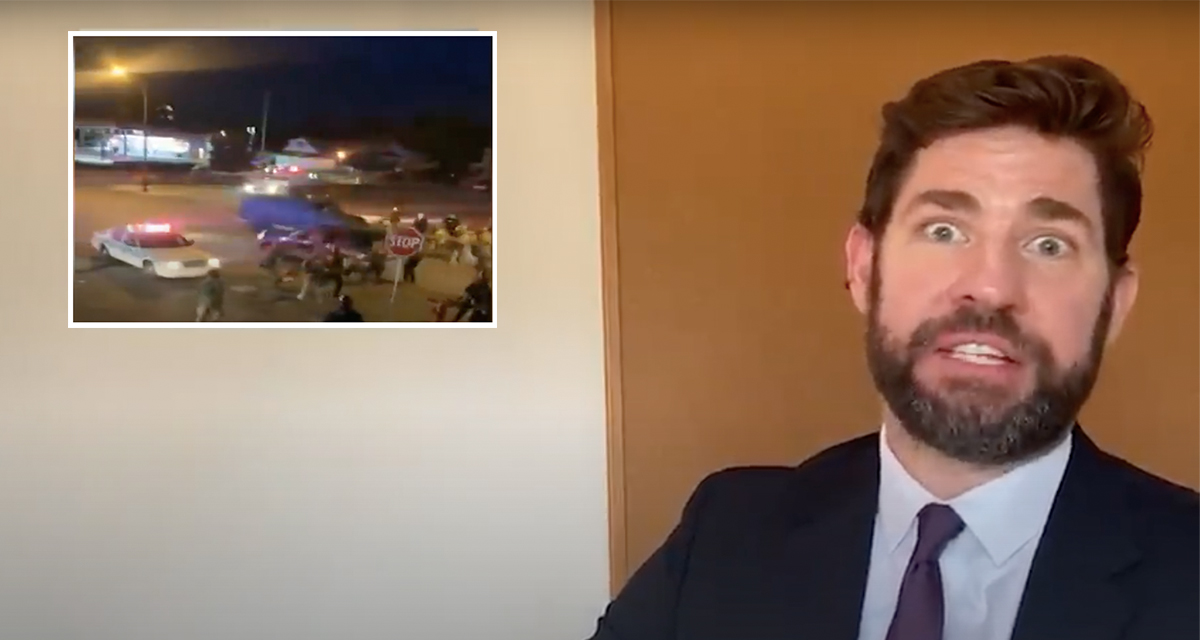 BROOKLYN, N.Y. — Actor, director and newly radicalized “Some Good News” creator John Krasinski revisited his YouTube feel-good series yesterday to share a video of a police officer being rammed into by an SUV, concerned sources report.

“Well, it’s been another long week here in a country that rests on stolen land built by slavery, and I, along with countless others, am seeing with my own eyes the need to defund our nation’s police force, abolish the prison system, and reinvest in community organizing, like, yesterday,” Krasinski stated before airing a clip of a 75-year-old man being assaulted by a police officer. “What the fuck more do you need to see? 12 doesn’t give a fuck about you, and they never did!”

“I realize this clip doesn’t reflect the real change we’ve witnessed taking place around the country, but good news is subjective,” he added, “and goddamn if it isn’t a little bit satisfying to see this pig’s legs get crushed.”

Some long-time SGN viewers were confused and shocked by the subject matter, along with the host’s emphatic delivery while celebrating the occurrence.

“I was psyched to hear he was coming back for another episode… but I guess I sort of thought it was gonna be like, TikToks of essential workers doing the Macarena or something. But this week was pretty… intense,” said Des Moines resident and devout watcher Denise Frantz. “I guess I thought maybe it was a blooper or something, but the way he kept telling ‘all the blue lives matter bootlicking fuck heads’ to ‘get fucked’ made it feel not so playful. Plus, there were no slide whistle sound effects or anything — it was just people screaming.”

Indeed, in addition to “Some Good News,” other programs have witnessed a shift in content.

“For years, ‘America’s Funniest Home Videos’ has shared clips of local dads being hit in the nuts with wiffle ball bats, giant dogs shaking mud all over the house, and numerous antics involving trampolines large and small,” said AFHV executive producer Michele Nasraway. “But with more and more viewers aware of the rampant abuse of power exercised by our police force — some for the first time ever — we aim to delight with more videos of cops accidentally spraying themselves with pepper spray, or having tear gas canisters thrown back at them. AFHV says ACAB.”

At press time, Krasinski was seen spinning a globe with “AmeriKKKa” written over the United States.