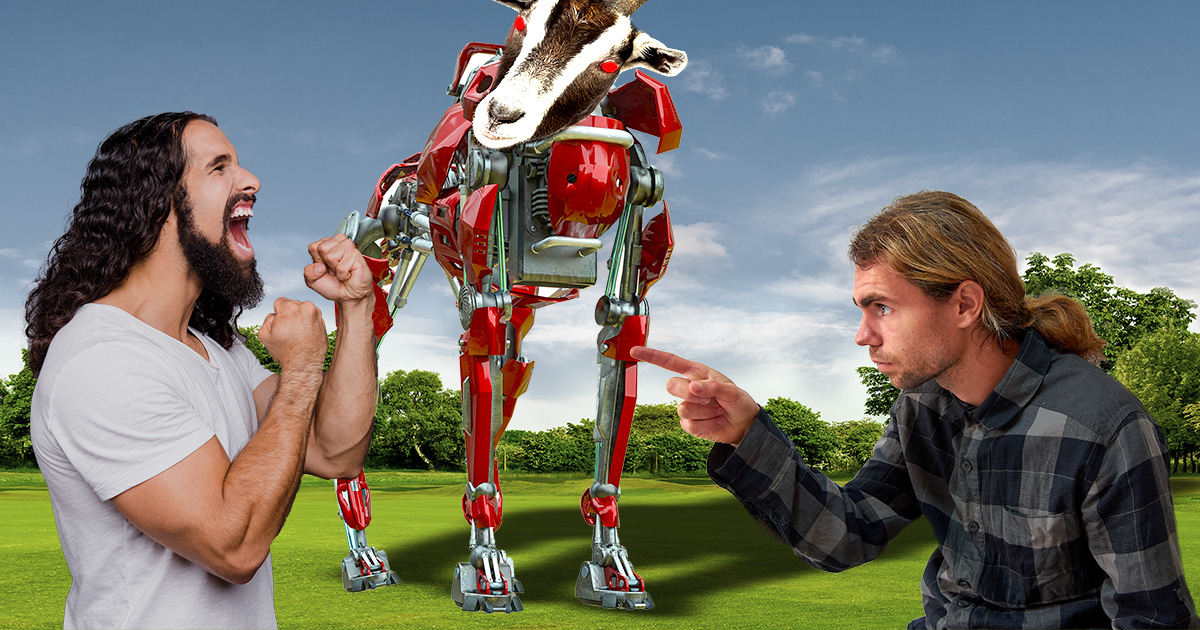 INDIANAPOLIS — Tempers flared earlier this week as members of recently broken-up metal band, Corpse Wax, quarreled over possession of a twenty-foot-tall animatronic goat demon which appeared at all of their shows, sources close to the band confirm.

“Those other assholes don’t have a snowball’s chance in hell of taking that demon home,” said Corpse Wax drummer Marty “Beelzebub” Bertrand while standing outside the storage unit where the prop is kept. “Funny that they all want to take it home now, after not giving a shit about it for years. Who was the one who always hauled it up venue stairs? Who made sure to lock it up in storage after gigs? Who ended up getting caught blowing it backstage on multiple occasions even after being warned by staff to stop doing perverted sexual acts in their place of business? Me! That’s who!”

Bertrand’s roommate, Dale Cummings, was not as keen on the idea of bringing a giant statue of an ancient demon into their modestly-sized loft apartment.

“Look, I hate to be the bad guy here, but this is a bit much. Not only does it take up the entire living room, but the thing is a giant, mobile, pissed-off goat demon with a bloody pentagram carved into its chest. It’s fucking scary,” remarked Cummings. “Not to mention it randomly fills the room with smoke every ten minutes. If it starts reciting ceremonial incantations in Latin again, I’m out.”

“I was surprised to find out that this wasn’t a niche thing, but actually quite common,” noted Vasquez. “There was a custody mediation I was part of where a thrash band was breaking up and fighting over a massive demon statue that had the head of a toad and body of a spider. When I offered to give the toad head to one member and the spider body to another, the frontman said he’d rather the bassist take it than see it torn in half. Clearly, I awarded it to the frontman. ”

Following a lengthy legal battle, Mr. Bertrand was granted custody of the goat demon every other weekend and dinners every Thursday.