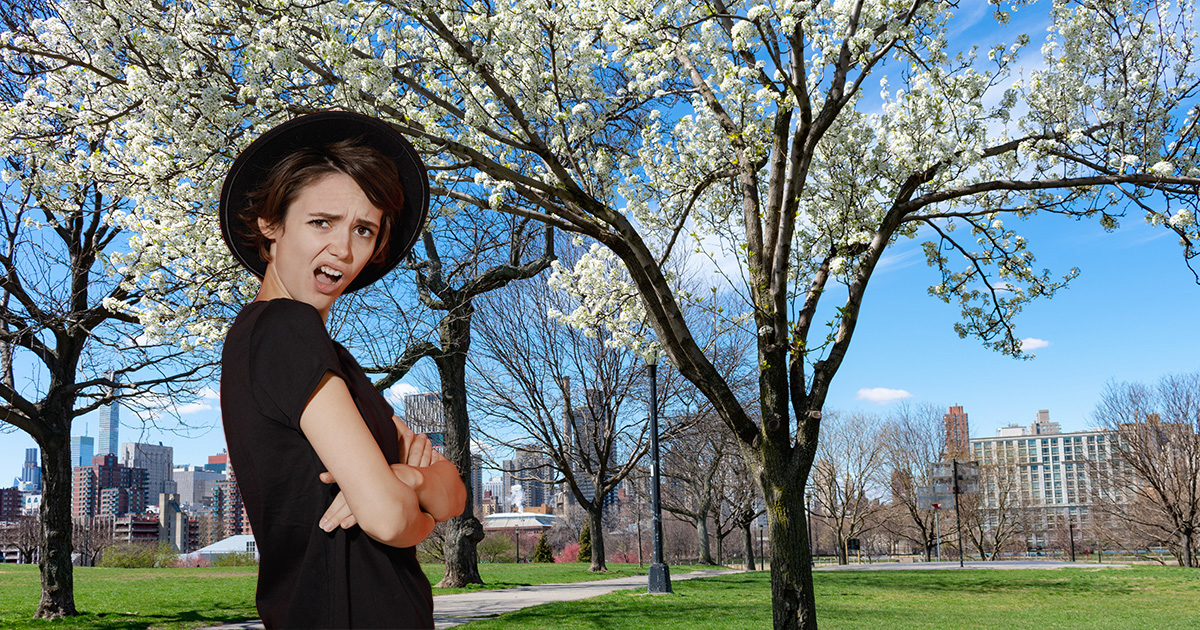 According to neighbor and longtime New Yorker Muriel Gelman, city dwellers need to learn to come to terms with a whole host of putrid scents.

“Foul smells are a fact of city life,” said Gelman. “Those trees are just one of many disgusting odors we New Yorkers have to try to ignore or explain away. I’ve smelled it all – number one, number two, throwup, spunk, you name it. You either get accustomed to it, or you chain-smoke wherever you’re still allowed to until you lose your sense of smell altogether like I did. It really makes living here more bearable.”

New York isn’t the only area coping with this particular olfactory offender.

“People like to blame the trees,” said Dimitri Adamos, a municipal sanitation worker in Washington, DC. “We got ‘em here, too. But there are other factors at play. You’d be surprised at just how much nut is all around you in a big city. Sometimes the storm drains are all blocked up after the weekend. Occasionally, we gotta go down there in waders and kick a huge plug of jammed up rubbers through the outflow pipe.”

“As for the smell,” continued Adamos, “I think it’s always there, but people only notice it when the weather gets warmer and they start going outside more. Do the trees smell? Yeah, they’re kind of gross. But don’t forget about all that goo. That’s a big part of it.”

At press time, Giardi was already looking forward to blaming another nauseating odor on a species of shrub that smells exactly like diarrhea, which begins flowering in mid-summer.