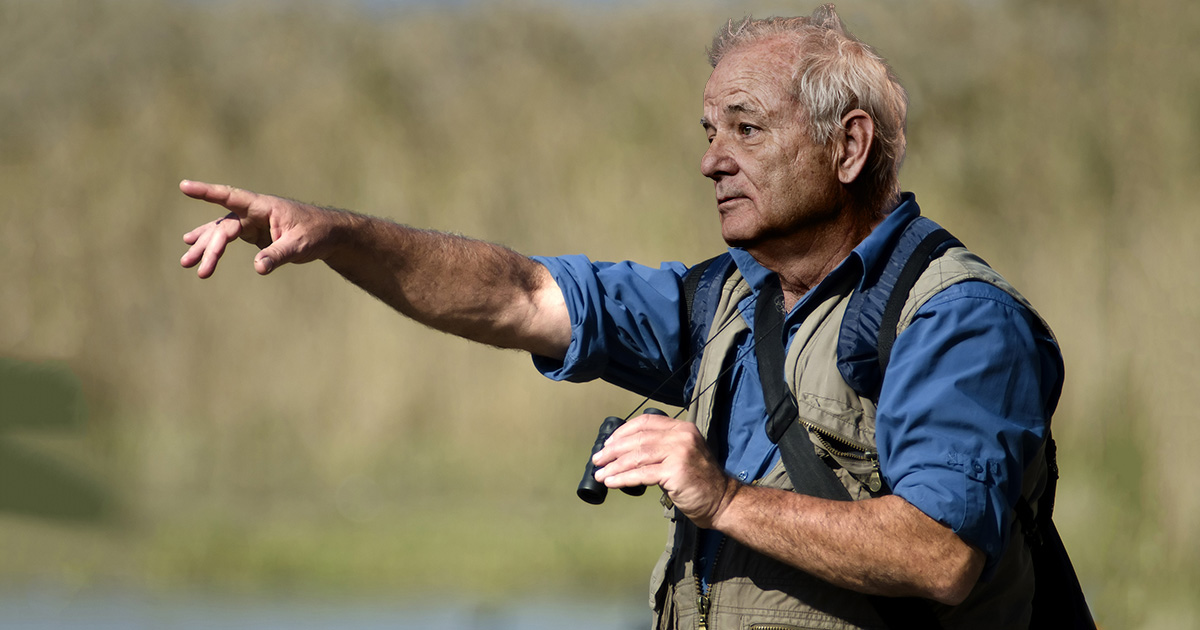 NEW YORK — Famed film auteur Wes Anderson unceremoniously announced today that his next movie would be about “a sad guy watching birds or some horseshit,” leaving critics wondering if he has lost his passion for filmmaking.

“I don’t know… a sad white guy, estranged from his dad, joins a bird watching society full of misfits that become his surrogate family. That sounds like a thing I’d do, right?” said Anderson. “I guess, like… the birds will be stop motion and voiced by Owen and Luke Wilson? Throw in some symmetry, awkward pauses and early Stones’ tunes, and you fuckers will eat that shit up, won’t you?”

Star of the upcoming film and frequent Anderson collaborator Bill Murray admitted the mood at the initial table read was drastically different than any previous Anderson production.

“There was no script. Wes just had us show up and told us to ‘…grab a tweed jacket or beret or some such shit’ from wardrobe,’” said Murray. “The next week, we shot closeups of me making notes in an ornate birding glossary for the opening credits — but he didn’t call cut for like, five hours. Turns out, he slipped away for a beer and forgot we were still filming.”

“Wes was clearly checked out — for most of filming he was taking hits off a vape pen and calling me ‘Harvey,’” said Dafoe. “When he started asking me questions about ‘that fucked-up movie Bad Lieutenant,’ I realized he thought I was Harvey Keitel the whole time.”

Interestingly, Anderson hinted at his growing apathy towards filmmaking in an interview with The New Yorker several months prior.

“I feel like I’m trapped in a world of my own quirks and idiosyncrasies,” said Anderson. “I don’t even know what would make a good movie anymore. Rival siblings operating a sanitorium? French resistance fighters anachronistically dancing to Britpop? Two hours of Jason Schwartzman being cuckolded and wearing pastel suits? Do any of these sound like movies to you? I don’t know.”

“Fuck it, man,” added Anderson between hits off a vape pen.