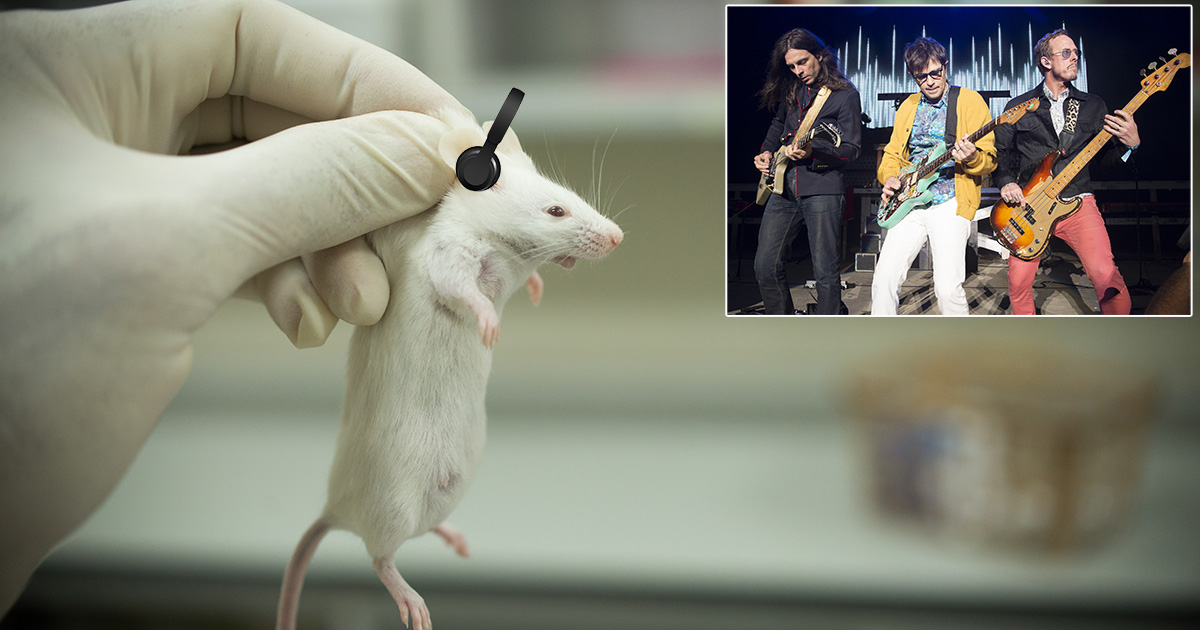 “In the earlier phases of the album’s development and testing, scores of rats were unfortunately lost,” said Xenon Research team lead James Robertson. “But with some minor tweaks to the initial demo tracks, like cheesier choruses and more bland instrumentation, we’ve seen great success. Human trials are always a little risky, but there will be precautions taken — like limiting listening sessions to no more than a couple songs at a time to hopefully mitigate the risks. With that said, we are anticipating great results.”

Weezer singer and songwriter Rivers Cuomo was ecstatic about the news.

“Not much of our stuff gets through the animal testing phase anymore, so this rocks. Hopefully it’s what the fans want — the writing process for this album was a bit disheartening, because apparently a lot of the rats exposed to some of the early tracks ended up killing themselves,” Cuomo said. “Now that we have a bunch of songs dialed in and the rats like it, our fans are likely to like it as well. I’ve tried listening to the album myself, and I’ve only experienced mild side-effects: light nausea, headaches, slight anal leakage, and a mild fungus in my perineum — nothing crazy. Really excited to get this into the hands of our listeners.”

However, animal rights activists believe the testing was just the latest example of animal cruelty.

“The lack of care shown by the researchers responsible for these tests is truly disgusting,” said vegan activist Jordan Miller. “Subjecting innocent animals to this disgusting filth is more than shameful. Animals deserve care and affection — not these awful living conditions, where they’re forced to listen to such bad music. I miss when music was cruelty free and more organic, you know? This artificial, mass produced stuff just isn’t good for us, and it’s definitely not good for the animal test subjects either. We’ve gotta put an end to it. I don’t know how these monsters sleep at night.”

Sources report that while Xenon Research and Weezer are optimistic about the human trials, testing may be delayed due to a lack of willing human participants.