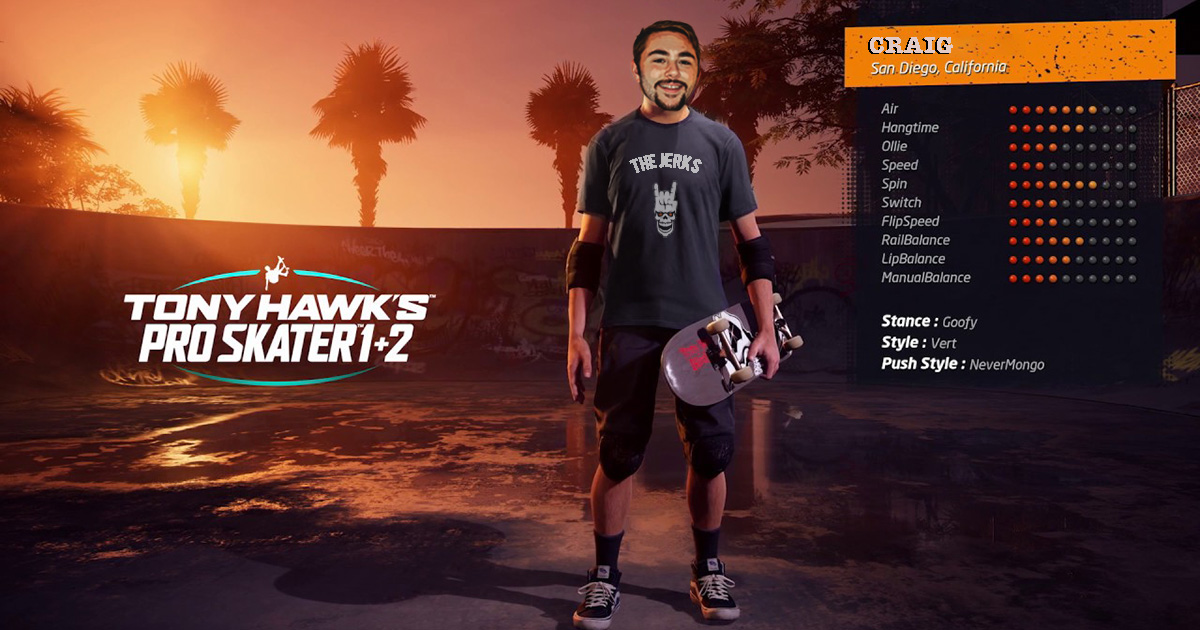 SAN JOSE, Calif. — Executives at Neversoft, the developer behind the newly released “Tony Hawk’s Pro Skater 1+2,” announced today that the latest update to the game will include the character Craig, a playable 36-year-old who does not have health insurance.

“Craig is based on the exact type of skateboarder who fell in love with the original Pro Skater games: he’s a college dropout who works part time at a pizza place, and lives life praying he doesn’t get injured or sick,” said lead designer Steve Banks. “And you can customize his clothes, picking from options like long broken-up local band T-shirts, or streetwear he impulsively bought after seeing it on a 21-year-old’s Instagram.”

Many fans enjoy the risk of every trick turning into a life-altering accident that reduces the character to debt peonage.

“I found myself relating to Craig a lot more than millionaire skaters like Nyjah Huston,” said Will “Skunks” Wiseman, a lifelong skateboarder who admits he’s been less active lately. “I tried to get him to ollie a 12-stair, but he crashed hard — he was just lying on the ground going, ‘Oh, shit.’ And when I tried to have him keep skating, he’d stop after a few pushes and grab his back.”

“But there’s this cool minigame where you go to your girlfriend’s apartment and smoke a bunch of pot, and then she comes home and gets mad because you forgot it’s her birthday, and then you have to go back to the skatepark and find five roses hidden in the course,” he added. “It’s a great touch.”

For his part, Tony Hawk was turned off by the character of Craig at first.

“For guys like Craig, skateboarding is life,” said 52-year-old Hawk. “Tons of guys devote their entire life to mastering the craft of skateboarding, only to realize at 27 that they’ve spent all this time dicking around and have no skills beyond an occasional kickflip, and then they shatter their femurs and sign payment plans while high on pain medication at the hospital. It’s part of what makes skateboarding so awesome.”

Neversoft’s update will include another downloadable character, a 24-year-old trust fund kid named Sky who develops a drug problem and steals other character’s skateboards to trade for coke.