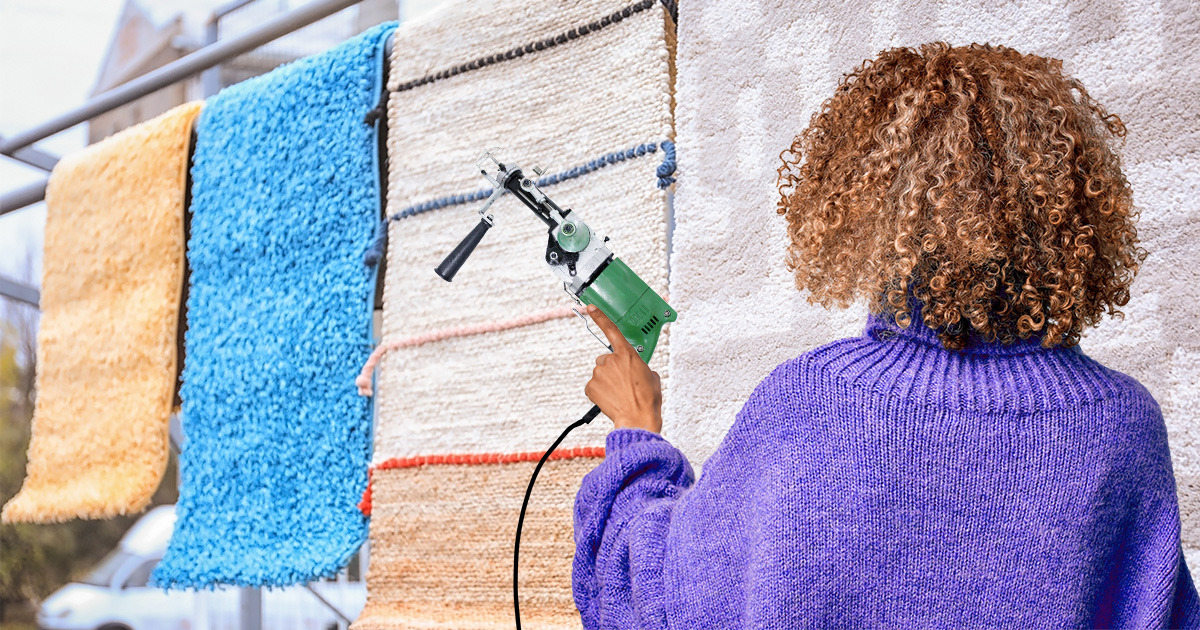 BOSTON — Former drinker Mackenzie Stodd has fully shifted her addictive tendencies by committing all her free time and energy into the much more expensive pastime of rug tufting, her concerned friends confirmed.

“Without the mental and physical drain of alcohol bogging me down day after day, I’ve been able to explore my passion for the fiber arts,” said the 27-year-old marketing associate, who spent half of her week’s paycheck at JoAnn Fabrics and Crafts on Saturday. “Once I get better at using my brand-new tufting machine, I might even start selling rugs on Etsy. The joy of making beautiful things feels so much better than drinking ever did. But it does come with some of the same downsides — I’m still neglecting important relationships, I’m up all night until I pass out from exhaustion, and I really need to stop doing it while I drive.”

Stodd’s roommate Hector Munoz is proud of her commitment to sobriety, but admitted things may be getting out of hand.

“Every table in our apartment used to be littered with empty bottles of two-buck Chuck,” said Munoz. “Now every inch of our floor — even the bathroom — is covered with random shag rugs, most of which are half finished and already fraying. Also, isn’t yarn like, $5 per ball? Mackenzie has hundreds of those balls piled to the ceiling in her room. I had to cover her rent last month for the first time since her infamous Saint Patrick’s Day bender in 2019.”

Members of Stodd’s Alcoholics Anonymous group also have questions about her new obsession, and whether or not it is right for her.

“It’s pretty common to pick up new hobbies once you quit drinking — I for one started hiking and doing yoga,” said Stodd’s sponsor Riley Polanski. “But Mackenzie chose perhaps the least financially sustainable hobby there is, besides maybe horseback riding. It’d be one thing if she was good enough to sell her work, but from the looks of the four wall hangings she made me for Christmas, I’m pretty worried.”

At press time, Stodd was buying instant ramen for dinner after spending her weekly food budget on a rug tufting MasterClass.