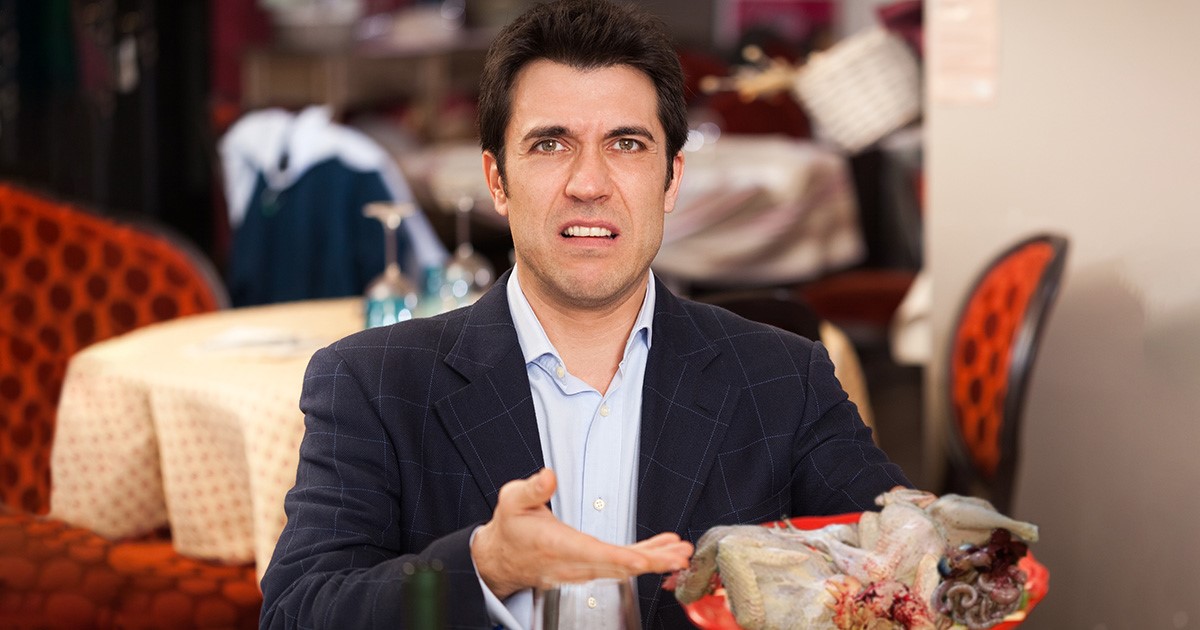 HOUSTON — The world’s first factory-farm-to-table restaurant Le Cochon Souffrant opened to largely negative reviews this week, as patrons were horrified by the incessant squeals and screams coming from the attached slaughterhouse, sources who will never be able to unsee certain things confirmed.

“The ambiance of the space was truly amazing — lots of planning went into each detail. However, it was pretty disturbing to see my waiter with fresh splatters of blood all over his tuxedo,” food blogger Gary Winterbach said. “To be honest, I had to really focus on the restaurant’s live jazz music just to drown out the commotion coming from the back of what sounded like live farm animals being decimated by a buzzsaw. Pretty solid foie gras, though.”

The restaurateur of the nation’s first factory-farm-to-table was inspired by similar dining trends in the industry.

“It’s just like a regular farm-to-table restaurant, but far more realistic to the way we truly consume food in this country,” owner and entrepreneur Harry Outerberg said of the gruesome establishment. “People want transparency nowadays: customers like to believe their vegetables were hand-picked from the restaurant’s back garden on that particular day just for them. We took that same concept and gave the people what they really want: more meat.”

Sadly, positive reviews of the restaurant were difficult to find, aside from one food critic suspected of having ties to the animal agriculture lobby.

“This place easily gets five stars from me,” Zagat reviewer Michael McMadison wrote in his review. “The extra hormones the farmers pump into the chicken reminded me of the way my mom used to cook store-bought, pre-injected Perdue chicken cutlets.”

“Sure, I once heard a myth that factory farms contribute to global warming. But if that were really the case, how do you explain how winters have gotten way colder and snowier lately?” McMadison added. “Sounds like the opposite of global warming to me. If anything, I need to eat even more meat than normal just to gain weight and keep myself warm for future winters.”