Neil deGrasse Tyson: ‘Science Says It Would Actually Take Approximately 25,920,000 Seconds to Get to Mars’ 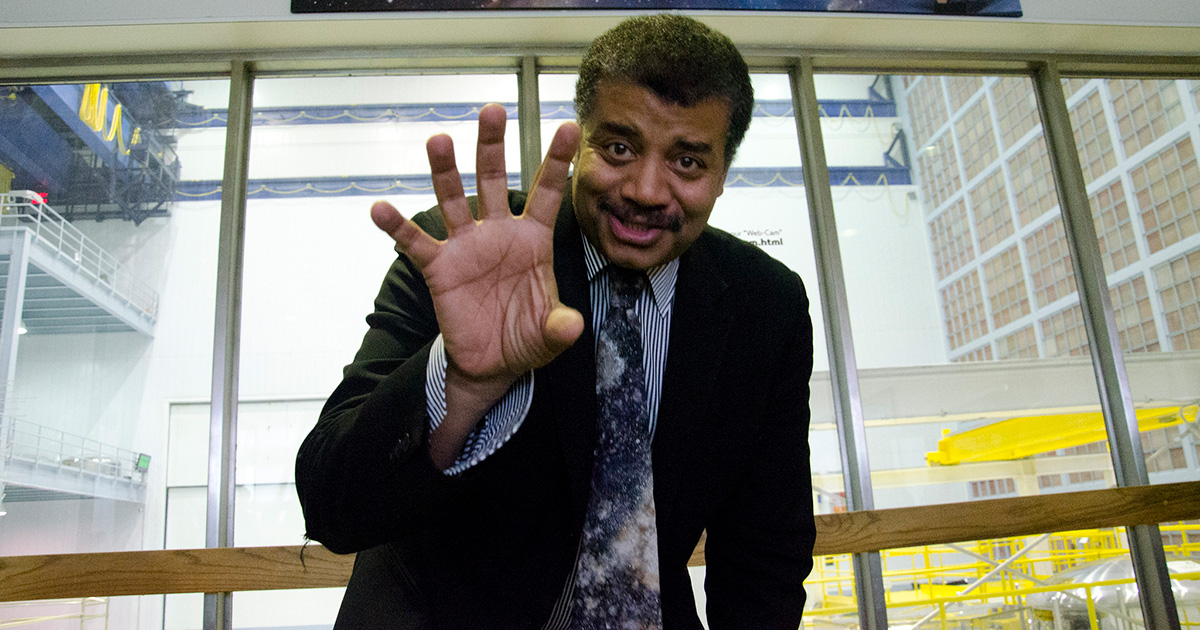 NEW YORK — Renowned astrophysicist Neil deGrasse Tyson publicly challenged the science behind the name of rock band 30 Seconds to Mars on Sunday night in a string of viral tweets directed at the band’s singer Jared Leto.

“Taking into account a variety of factors, the math shows quite plainly that it would actually take upward of 25,920,000 seconds to travel from Earth’s surface to the planet Mars,” tweeted deGrasse Tyson. “30 seconds isn’t even enough time to activate the thermal protection system of the orbiter.”

DeGrasse Tyson has made a hobby of correcting scientific blunders in popular culture, most famously in movies such as “Gravity” and “Star Wars: The Force Awakens.” This marks the first time, however, that he turned his attention to a rock band.

“They could have spared themselves some embarrassment by running a fairly rudimentary formula early in the name-selection process,” he said. “If Leto had tested his 30-second hypothesis with a simple [Time (t) = Distance (d) ÷ Speed (s)] equation, he’d have noticed this obvious mathematical error.”

Leto, on tour in support of the band’s latest album, issued a statement in response.

“When we first named the band back in 1998, it was a bit aspirational. We all wanted a really, really fast rocket to name our band after, but 20 years later, science has made little progress. And, sure — it makes our band name look a little stupid,” said Leto. “If I had more time outside of being a musician and actor, I’d probably go into astrophysics and try to make this sort of high speed travel possible myself. I’m just not able to right now.”

Leto attached a headshot photo of himself to the statement for reasons that were not specified.

As his tweets went viral, deGrasse Tyson praised bands that did not take such a fast-and-loose approach to the scientific method — specifically crediting Blink 182, whose name is derived from the number of times Al Pacino says “fuck” in “Scarface.”

“I conducted a 170-minute study in my screening room last night, and confirmed the total is indeed scientifically sound,” said deGrasse Tyson, holding his copy of Take Off Your Pants and Jacket. “I then conducted the study nine more times to broaden the sample size, and account for outliers. Every trial yielded the same results: 182 fucks exactly.”

At press time, deGrasse Tyson was reportedly adding Dark Side of the Moon, Ziggy Stardust and Green Day’s 1,039/Smoothed Out Slappy Hours to the Spotify playlist in his observatory.