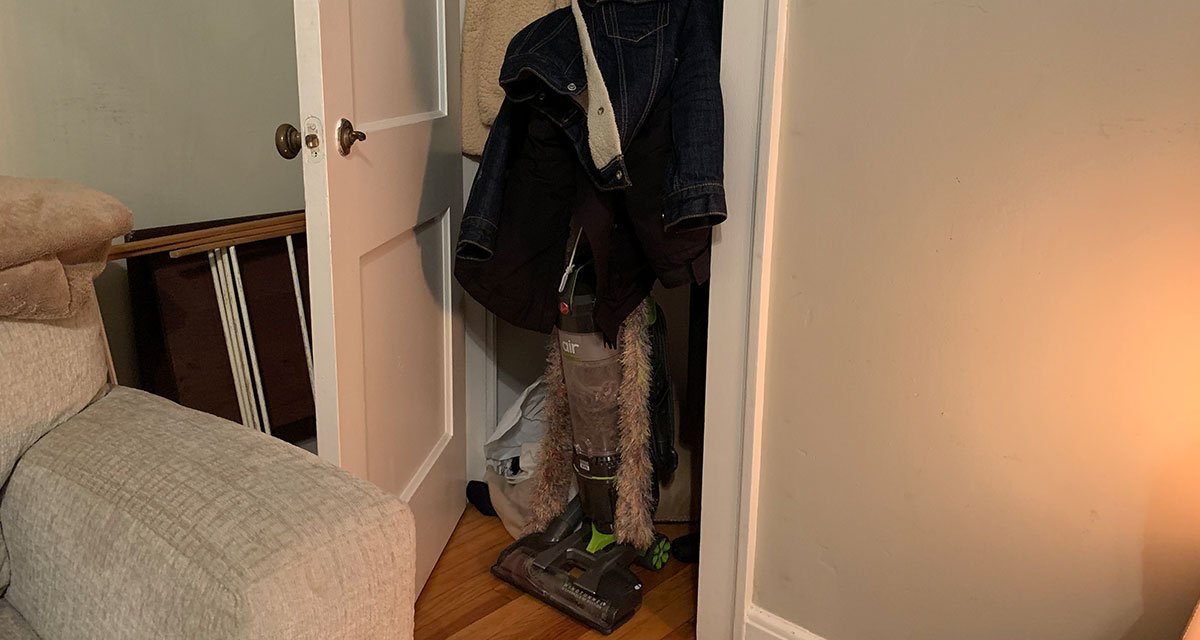 DETROIT — A neglected Hoover WindTunnel vacuum currently stuffed in the front closet of notorious punk house The Slayboy Mansion is desperately yearning for the tender embrace of a human hand, sources within the closet confirmed.

“It’s day 1,098, and still not a single person has touched me since I was taken out of my box,” said the vacuum solemnly. “Every time the closet door opens and I see how disgusting the floor is, I know this could be my chance to shine… if only someone would touch my sleek handle and watch me effortlessly glide across the floor like a motorized ballerina. I want to tell them, ‘I’m bagless, just dump me out in the trash after,’ but still nothing. I sit here alone. Forever alone.”

Other discarded items sitting in the closet for years related to the vacuum’s desire.

“I think I’ve been stuck on the back corner of this closet since 2007, and it’s only getting worse for me,” said a half-inflated Spalding basketball. “I was a ‘gag’ gift for Christmas and the most action I got was just after I was unwrapped and someone said, ‘TOUCHDOWN!’ and threw me at a stack of empty beer cans. Just once, I would like to be bounced off the hot pavement as someone drives me to the hole.”

“Even if I could be fully inflated for a day, just to see how it feels to be game ready, that would be enough to make me happy,” added the ball. “But I don’t think the family of mice living behind me could work a pump.”

Slayboy Mansion residents admitted they were completely unaware they have a fully functioning vacuum just feet away from them at all times.

“Sometimes, I do wish this place was a bit cleaner. The other night, I fucking gashed my foot on some broken glass — which could’ve easily been picked up if we had a dustpan,” said Tony “Piss” Pisanski. “Anytime someone knocks over an ashtray, we just sweep it under the couch with our boots. It’s gotten to the point where the couch is actually supported by a mound of cigarette butts.”

The house’s shower, which also sits unused, has taken to randomly turning itself on and off to let everyone know it’s fully functional and ready to go at any time.