Necktie to Remain Knotted Until Next Use Three Years From Now 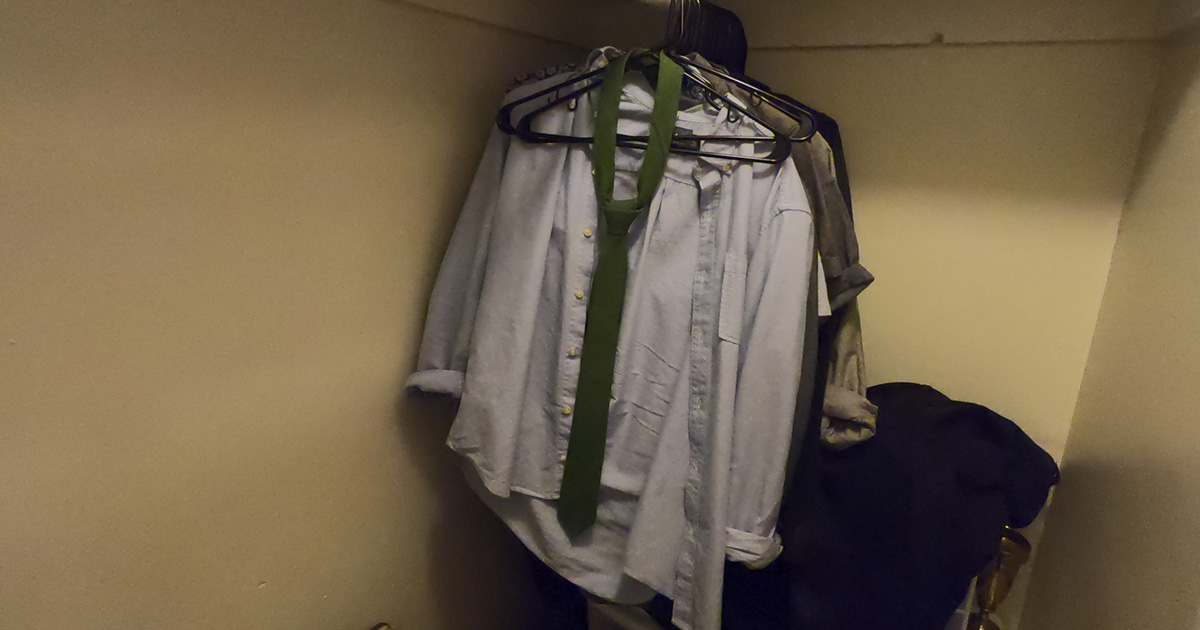 DOVER, N.H. — A recently worn necktie was informed yesterday that it will remain knotted and in its owners closet until it is once again called upon when another friend gets married three years from now, sources frustrated by YouTube tutorials confirmed.

“I see no reason to untie the knot — I’ll just leave the thing hanging on a hook like a dead snake,” said local man Jerry Romero. “It took me forever to get the stupid knot right, and I still sort of think I did it wrong, because it was really tight and somehow itched the entire time. There’s no way in hell I plan on ever going through that again.”

The necktie, along with a suit purchased from a nearby thrift store, are allegedly the only pieces of “adult” clothing Romero has ever purchased.

“My sister said I had to wear something ‘nice’ to her wedding. So I washed my pants, and I had a brand new hoodie that would’ve been perfect… but at the rehearsal dinner, she flipped out and said I needed to ‘grow the fuck up and act like a human, for once,’ so I got the suit,” reported Romero. “I felt like a tool, but at least now I know what I will be buried in… because I’m sure as hell not spending another $26 to look like some fucking knob.”

Clothing experts say Romero is not alone in being a man-boy incapable of dressing nicely.

“We see this a lot with hardcore kids who only wear cutoff shorts and shirts of bands that broke up in the ’80s,” said fashion historian Erika Cummings. “They tend to think formal attire is anything that covers their tattoos — even if it’s a long sleeve T-shirt with swear words printed on it.”

“We’ve also seen pop-punks who believe a winter coat is just two hoodies on top of each other, and metal townies whose eveningwear efforts include changing from a tight black T-shirt to a tight black V-neck,” Cummings added. “It’s a real struggle for them.”

Unbeknownst to the tie, it will be called into action again for a court date next May when Romero breaks edge at age 26 and incurs numerous DUIs, thanks to having no idea of his limits.