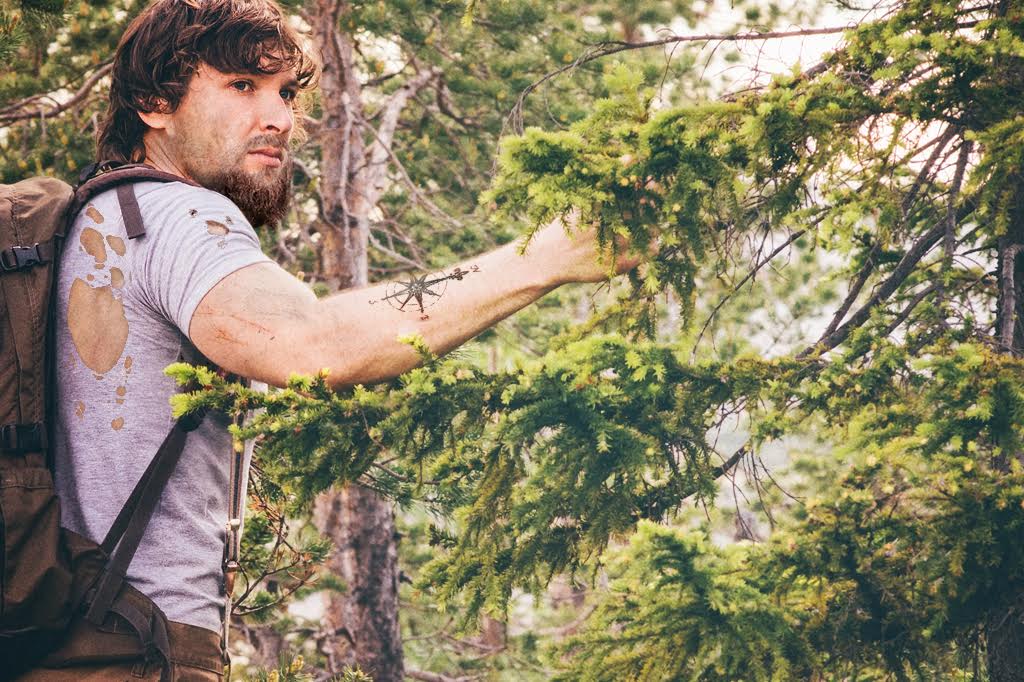 PHILADELPHIA – The search for a lost Philadelphia man came to a joyous conclusion today after he navigated himself to safety with help from his nautical compass tattoo.

Jason Benninger, 34, a touring solo musician, was driving home from an open mic performance in southern New Jersey when, after making a wrong turn, he found himself far from society’s reach.

“There were fucking pine trees everywhere,” Benninger said, referring to the New Jersey Pinelands National Reserve he drove aimlessly through without cellphone service.

“I got out of my car to try to walk somewhere where I could charge my phone and fire up Google maps, but the next thing I know I can’t even tell which direction the car was at. There were just trees in every direction. I mean, I was completely lost, alone, and afraid — but then I remembered I had my compass on me,” said Benninger, lightly tapping his forearm. “That was the moment I knew I would be OK.”

“Nautical compass tattoos have been inked onto the flesh of sailors and ocean wayfarers for centuries. This maritime tool is noted for giving guidance and direction to the missing,”  said local tattoo historian and unlicensed tattooer known only as ‘Garvy.’ “And not once throughout history has anyone been lost, or died, at sea. It’s a very functional tattoo. He is lucky compass tattoos were the trend in 2003.”

Police had mobilized several search teams after receiving word of Benninger’s disappearance. But when his mother informed the police of the life-saving tool Benninger always has on him, they dropped their efforts.

“Once we confirmed this particular individual had a nautical compass tattoo, we knew he would be fine. Now, if this particular individual had a pair of swallows inked onto his shoulder blades, that’s a different story,” said Philadelphia Police Chief Alan DeFrancesco at a press conference in front of City Hall. “Those birds are not as good at navigation as people think they are.”

Benninger, thankful and lucky to be alive, said the compass also helped him find his humanitarian side. “People change after an experience like this. So, some of the profits from my next album, Lend Me A Heart, will go towards charities helping all the missing kids out there. Hopefully, they too will be able to get cool nautical compass tattoos, and find their way home safe and sound.”

He emphasized, “Some, not all, profits.”