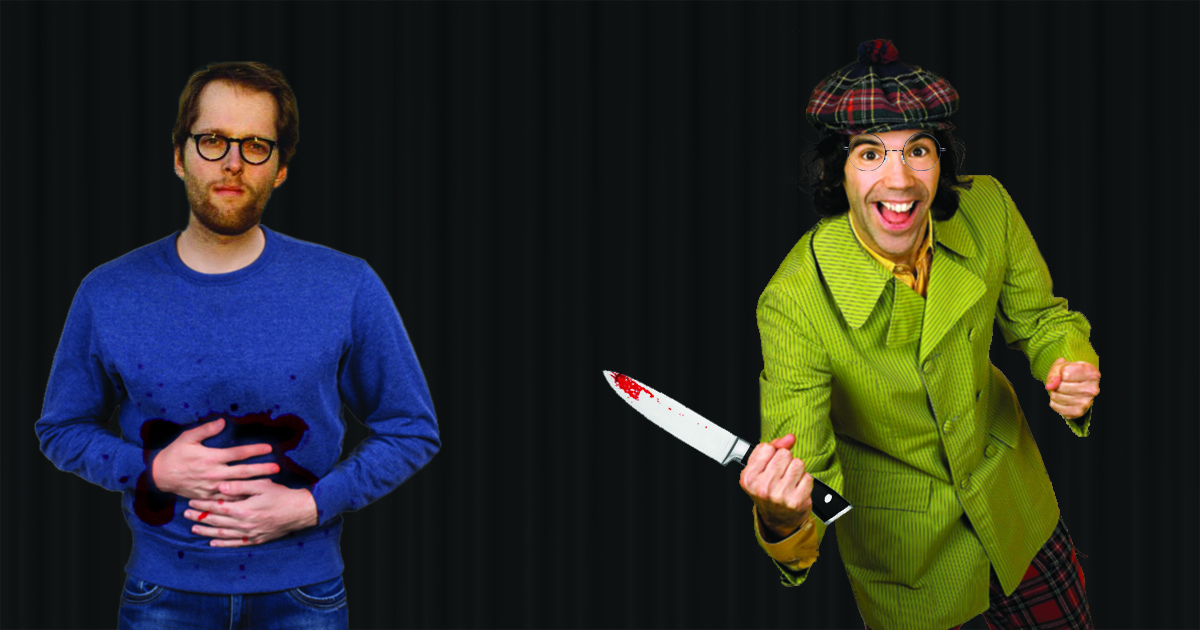 VANCOUVER, British Columbia — Popular internet personality and self-described “human serviette” Nardwuar shocked artist Josh Augustin of the indie band Vansire with an incredibly personal and astonishing present: a knife in between his third and forth ribs.

“I was totally blind-sided. I had no idea he was going to do that,” Augustin said from the Intensive Care Unit at Ontario National Hospital. “He clearly did his research if he knew that I was weak to being stabbed in the abdomen. I have no idea how he knew that! I knew Nardwuar learns a lot about an artist’s likes and strengths, so it only makes sense that he learns all of their fears and weaknesses too. When I cried out asking him why he did this, he just replied ‘you’re Josh Augustin, we have to.’ While I’m impressed with his interviewing skills, I’m just worried that he’ll come back and finish what he started.”

The Human Serviette gave his side of the controversial story.

“I really love to get to know my victims, I mean interviewees,” Nardwuar said. “Every once and a while I have to mix things up. People have begun to expect that I give them esoteric vinyl records or unique posters and CDs, but nobody expects me to rupture their lungs and leave them choking on their own blood until they pass out on the pavement. Based on my intense research I did on the human body, I knew that stabbing him there would kill him. Little does he know, that knife played an integral role in the life of one of his favorite Canadian musicians. I even let him keep the knife!”

Ontario Police Chief Bill Perlman weighed in on the situation.

“We’ve been looking for this Nardwuar character for some time, but he keeps evading us,” Chief Perlman said. “He’s done so much research about our department that he knows exactly where we’re going to be. For those of us that do manage to track him down, he recites the names and locations of our family members, loved ones, grade four teachers, and a personal anecdote or two about what we like to order at Spaghetti Factory and we’re forced to back off.”