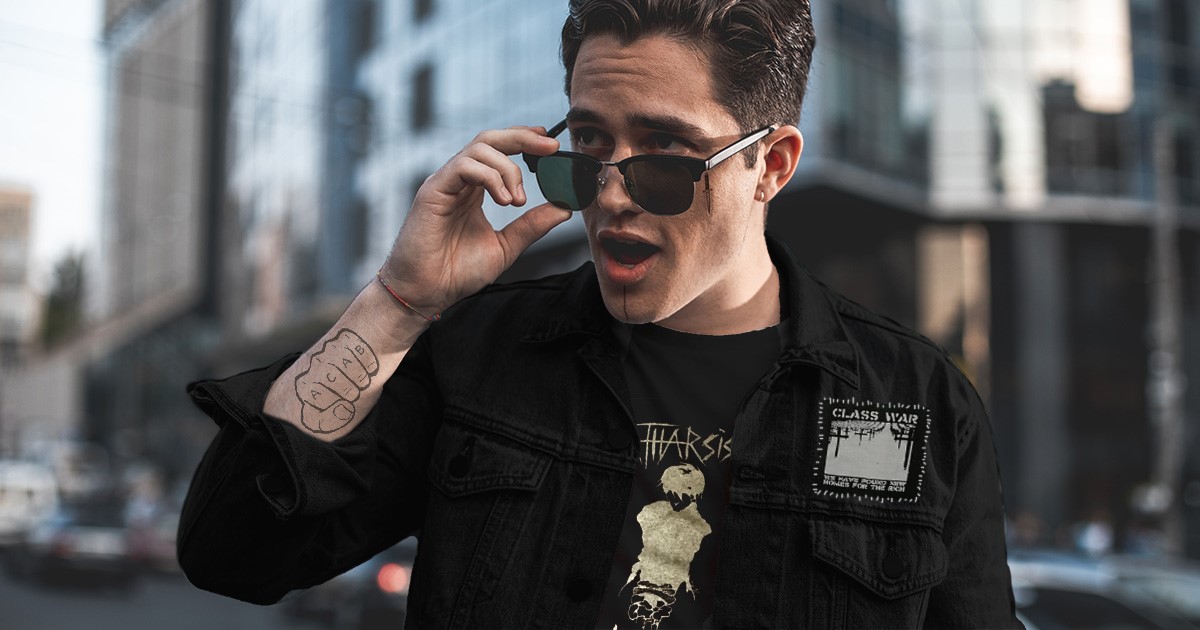 “I’ve seen that Zilch dude at a couple shows. Seemed nice… a little squirrely, though,” said apparent “real” punk Jenny Klemens. “But lately he’s been screaming and ranting about how his new ’80s-style mirrored sunglasses let him see which punks bought their Ramones shirts at Target, who’s hiding a dumbass nautical star or tribal tattoo, and who’s wearing lame cargo shorts. I guess you don’t need magic sunglasses to see the last one, but still — he was talking crazy.”

Local punk Jerry Donahughe reportedly saw Zilch behaving erratically, which some believe may be related to his mission of exposing the posers living among us.

“I ran into that dirty motherfucker in an alley earlier: I casually tossed him some money I owed him, and then all of a sudden, he attacked me,” said Donahughe. “Not because I refused to put on the glasses — he was drunk as hell and I said Minutemen were overrated. The fight was awkwardly long and just seemed like it was never going to end. Finally, I kneed him in the balls a bunch and he limped off.”

Following several failed attempts to convince individual punks of the glasses’ powers, Zilch took matters into his own hands by interrupting a recent all-ages show.

“Out of nowhere, this deranged crustie kicked open the door, jumped on stage and announced, ‘I have come here to crowdkill posers and chew vegan bubble gum. And I’m all out of vegan bubble gum,’” said show attendee Adam Livie. “Then he started wailing on a bunch of kids with faux-hawks. Some bigger dudes restrained him and he yelled about how his sunglasses let him see subliminal ‘consume’ messages in advertisements. Like, no shit, dude — pretty sure every punk believes that about advertising, glasses or no glasses.”

At press time, local police arrested the drifter and destroyed the sunglasses, assuring everyone that they were simply ordinary sunglasses and nothing more, adding, “Do not question authority. Obey.”