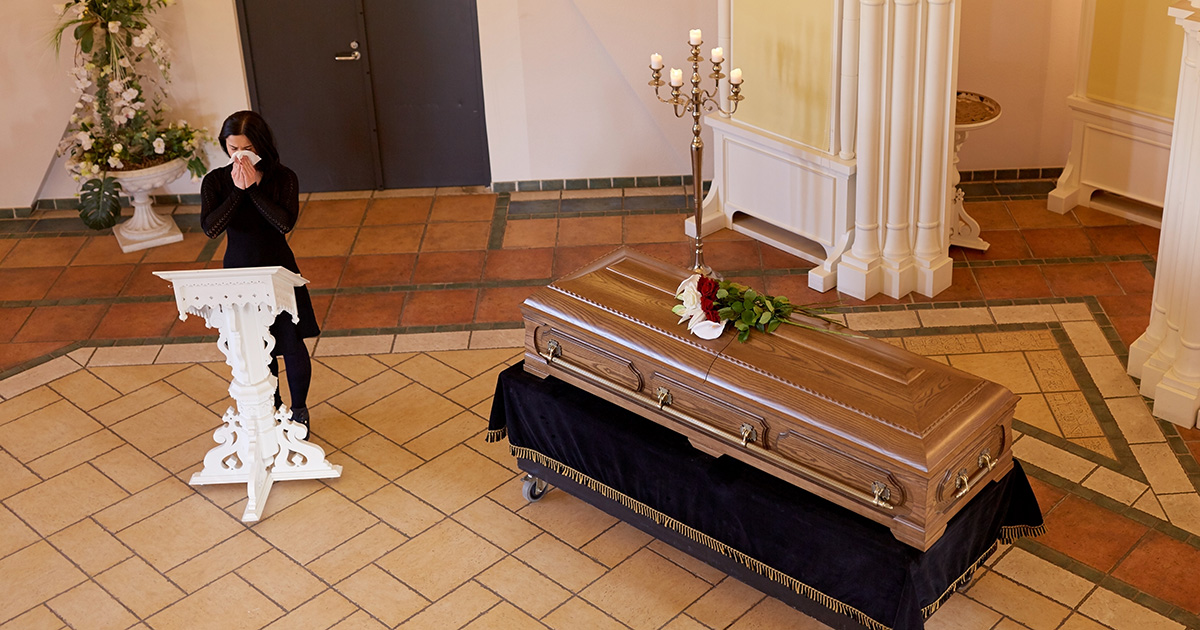 “Some people would say this was the wrong time and place to bring this up, but they’re wrong. I could have spent 20 minutes up there talking about how Andreas was a great friend to everyone and how his infectious smile lit up the room, but that wouldn’t have been genuine,” said Whitman while trying to avoid most of Pimentel’s immediate family. “This was a guy that ranked me third, fucking third, in his top 8 despite being best friends since preschool. Yeah, his sister took the first slot, but then Cassie Jarret was number two? They were only dating for like two months when he made that ranking.”

Pimentel’s parents admitted they were shocked by Whitman’s “tribute.”

“We have always loved Eddie like a son, but he crossed a line today. He called our son a ‘backstabbing snake’ no less than a dozen times. I don’t even know what he was mad about. He had a poster board he kept pointing at with some faces on it, but it didn’t make sense,” said the deceased’s father Donald Pimentel. “It seemed like Eddie has really been carrying some hate in his heart for years. But that doesn’t excuse the fact he tried to tip over the casket and ran out of the church screaming about how my daughter-in-law is a tramp.”

Psychologist Armond Delsol is one of the leading researchers into the effects social media has had on the population at large.

“Millenials are the first generation to be truly damaged by social platforms. When Myspace debuted its top 8 feature it caused complete havoc. There were certain rules you were expected to follow as far as ranking siblings, friends, and romantic partners,” said Delsol. “I’ve done extensive research and found that over 90% of the people that kept Tom as their number one ranked friend are far more likely to be classified as psychopaths. And lord help the people that only used their top 8 to show off bands that they like.”

At press time, witnesses report Whitman sitting in his car listening to Blink-182’s “Adam’s Song” on repeat at full volume.