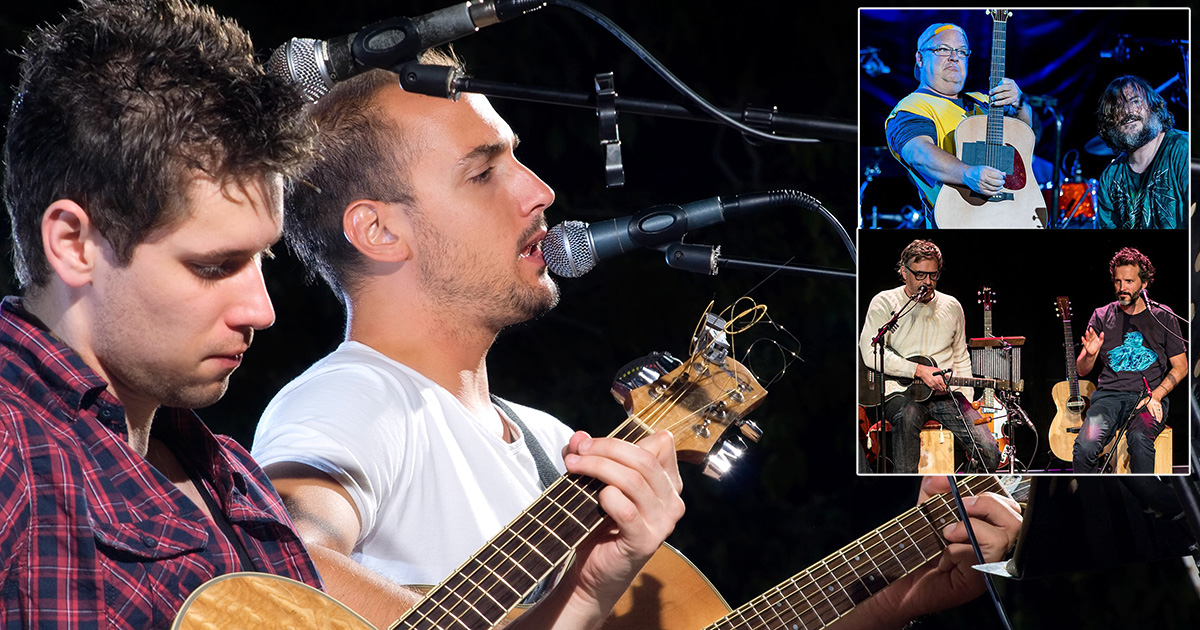 “There comes a time in all artists’ lives when they must decide just whom they should plagiarize. I definitely have the vocal chops to sing like Jack Black, no matter what anyone says. So I’m leaning towards the D. Plus, Dan could stand to gain 30 or so pounds,” explained Warner. “Apparently he’d rather we bite the deadpan style of Brett and Jemaine. But there’s already five white guy acoustic guitar duos at our local open mic aping Flight of the Conchords, and only four imitating Tenacious D. So I think the choice is obvious.”

Tension within the band has led to several public fights, as witnessed by other local comedians.

“Mitch and Dan both have wildly different ideas for the direction for their band, so their songs run the gamut of boisterous, heavy metal-flavored dick jokes and silly white boy raps or David Bowie pastiches,” said local comic Bayley Singleton. “Don’t get me wrong, I understand carefully choosing your influences. But their songs ‘Alfred the Bigoted Sea Monster’ and ‘Wondrous Man’ are way to close to the originals. Might be time to retain a lawyer. I suggested that they broaden their horizons and rip off Garfunkel and Oates but apparently they don’t get ‘girl humor,’ whatever the fuck that means.”

Unfortunately, creative differences between Warner and Morales resulted in the band breaking up. While some were disappointed, others, like comedy club doorman Jimmy Delgado, were relieved.

“I was really glad to hear they broke up. Are there seriously no original ideas anymore? It’s like how Greta Van Fleet completely ripped off Led Zeppelin. Zeppelin on the other hand were true originals,” said Delgado. “Aside from all those African American blues and rock artists they ripped off, and all those plagiarism lawsuits Led Zeppelin had to deal with, of course. But that’s different.”

Following the band’s break up, Warner and Morales are now fighting over which one of them gets to rip off Bo Burnham.