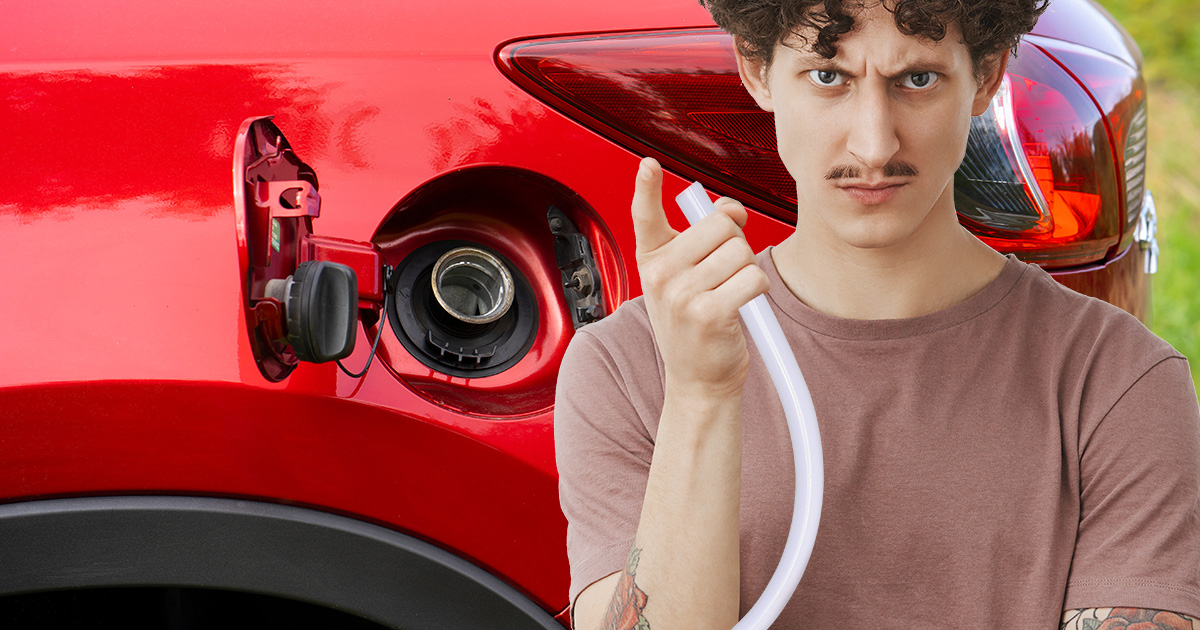 LEXINGTON, Ky. — Local musician Teddie Hutchinson broke his 23-day streak of avoiding anything resembling a natural food when he accidentally ingested a mouthful of gas he was trying to siphon out of a Mazda 3 in a Walmart parking lot, sources wishing they could offer him some gum confirmed

“I’ve been subsisting on mostly stale Oreos and off-brand skittles this entire tour. I didn’t realize how bad things were until after sucking that gas down,” said Hutchinson, drummer for post-punk band Victim of Duty. “Because right now I feel incredible! I actually feel well-rested for the first time on this entire tour and I barely feel hungover from that twelve-pack of Buzzballs I downed last night. Hell, I can barely even feel the salvia I did last night. It’s a relief to know that I don’t really need fruits or vegetables, one big cup of gas seems to do the trick.”

According to the other members of his band, Hutchinson’s diet has declined rapidly since the start of the tour and has left the other musicians feeling nauseous themselves.

“Dude talked a big game at the beginning of the tour, saying he was going to be all healthy,” said guitarist Shanon Rider. “But by day three he was replacing meals with cigarettes, I actually saw him eat two full cigarettes around dinnertime. And that was the last time I saw him eat anything resembling a vegetable. Since then, it’s been Combos, off-brand Cheetos puffs, gas station Taquitos, a tub of Frosting-like stuff he found in a dumpster, something that he claimed ‘looked enough’ like cotton candy in the basement we played in Toledo, and who knows what else.”

Following reports of Hutchinson’s diet, nutritionists from across the country have sounded the alarm but also responded with intrigue.

“Please don’t do this. Gasoline is by no means a safe liquid to ingest and should not be treated like some sort of protein shake. He should absolutely be dead at this point,” said nutritionist and dietician Dr. Jayden Sappington. “The fact that he is still breathing also raises a really important question: how is he still alive? The leading theory is that whatever bacteria or virus in his system that was growing from the things he was eating may have been killed by the gasoline. But we will only know if we can study him further.”

According to band members, Hutchinson has repeatedly derailed the tour by asking to visit specific gas stations so he can “finally try diesel.”