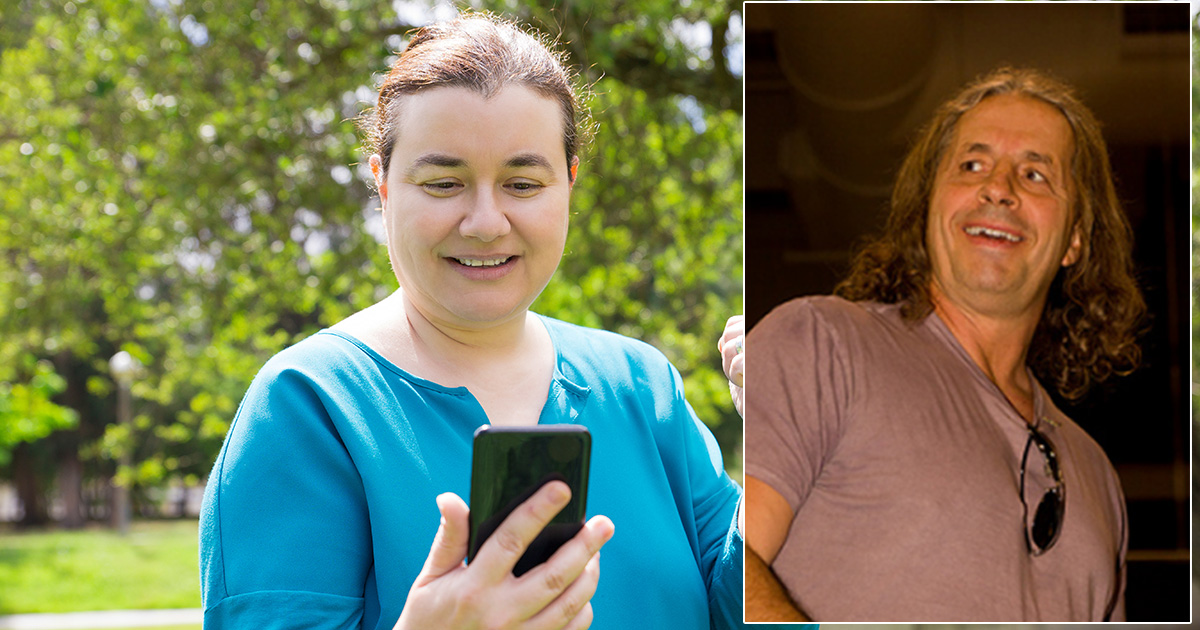 MADISON, Wis. — Local mom Helen Dupree is reportedly torn between feelings of disappointment, dejection and confusion after her son gifted her a Cameo message from wrestling legend Bret “The Hitman” Hart, sources close to the matriarch confirmed.

“I certainly appreciate that he actually remembered Mother’s Day this year, even though he said this counts for my birthday next month, too,” said Dupree. “My son’s a good boy and I love when he shares his interests with me, but I’ve never even heard of this Hitman. The guy seemed really agitated and sort of sweaty. He went on and on about how Vince McMahon is a scumbag and talked about Calgary wrestling history for about 30 minutes. I would have preferred just a card or flowers from Food Lion.”

Cameo, a service that allows fans to send messages through celebrities for a fee, has exploded in popularity in recent months, although this was son Matthew Dupree’s first time using it.

“This is the single greatest gift of all time,” said the younger Dupree. “Bret is one of the greatest technicians to ever step foot into the ring! I almost got her a message from New Jack but, come on, this is my mom we’re talking about. She deserves the best. I would have killed for something like this for my birthday but all my parents did was buy me a PS5, which is great, but didn’t exactly make history giving Stone Cold the Sharpshooter at Wrestlemania 13.”

WWE Hall of Famer Bret Hart admitted to feeling a sneaking suspicion that the gift wasn’t entirely for the benefit of the supportive mother.

“I definitely raised an eyebrow when I saw this come in as a ‘Mother’s Day Request’ but I figured maybe the kid’s mom had a crush on me in the ‘80s or something, and who am I to judge? I thought it’d be a nice change of pace from the usual marks in this app,” said the five-time WWE World Champion. “Once I saw a bunch of questions about the Montreal Screwjob and some invasive questions about my brother’s tragic death followed by ‘Can you also cut a promo on my boy Steve?’ I immediately felt bad for contributing to what I’m sure was a shitty Mother’s Day for her. I did my best to liven it up, but this isn’t really my thing.”