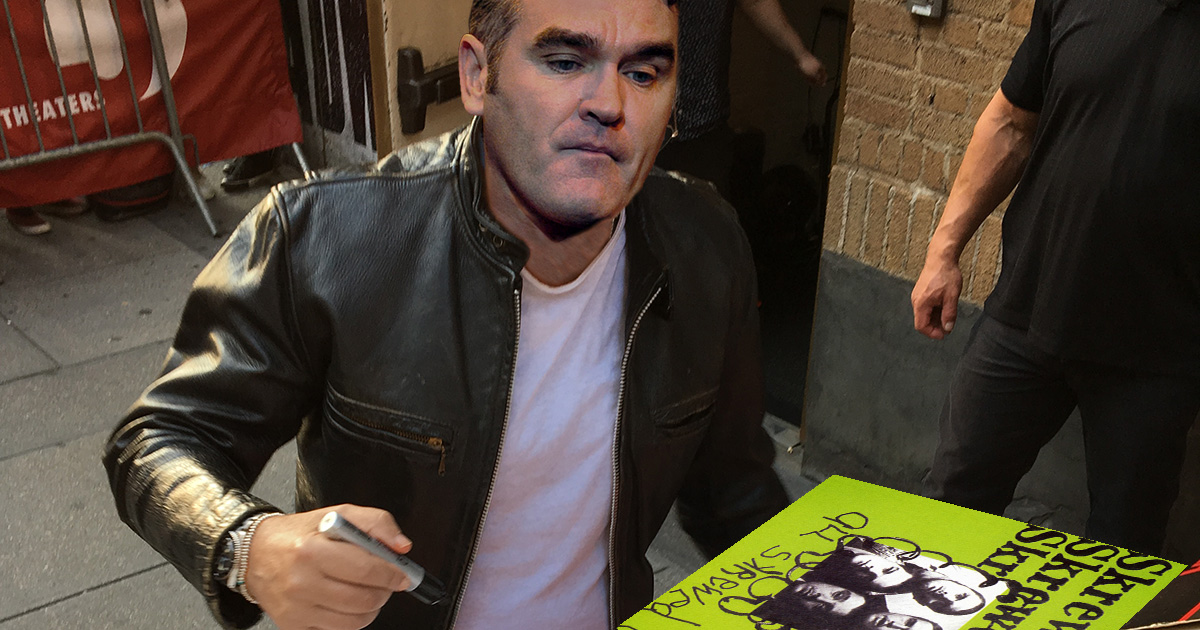 “First of all, who let you in? Is this some kind of left-wing Guardian smear job?” the former Smiths frontman angrily said. “I don’t owe you any explanation as to why I’m doing what I’m doing. I’m supporting a band that promotes traditional British values and extolling the virtues of Nationalism — since when is that racist? What does that word even mean anymore? If you SJWs want to start throwing around labels like ‘bigot’ or ‘Nazi’ rather than having an actual dialogue, I’m not going to waste my time. Fuck off.”

Longtime fans of the singer were put off, but ultimately seemed resigned to the new reality.

“I guess in this situation, you have to separate the art from the artist. If we totally write him off there are going to be thousands of dance nights across the country that’ll have to completely change their soundtrack,” said fan and DJ Steven Courchesne. “I definitely don’t agree with Morrissey’s views or those of Skrewdriver, but when you look at the contributions Moz has made to contemporary music, I’m willing to put aside the politics and enjoy the music. I just wish he wasn’t pushing so hard to sell all these copies of ‘Blood & Honour.’”

“Oh, for fuck’s sake. You realize I haven’t really spoken to him without a lawyer present in years, right?” an exasperated Marr replied. “The Smiths ended 30 years ago. It’d be one thing if we were still in the same band, but I’ve long since moved on. Morrissey is Morrissey, that’s all I can really say, and frankly, I wish you all would stop bothering me everything time he pulls one of these stunts. I would love it if someone asked me about some of my projects and tours for once.”

At press time, Morrissey announced he will begin giving guided tours of Buchenwald, where he will explain “the real intention” behind the death camps for the low price of $750 per person.